The "shy Trump voter" emerged for a second straight presidential election, The Hill media reporter Joe Concha said on Thursday, as many polls ended up overstating the support for Democrat Joe Biden.

“I saw a poll, I think it was about a month or two ago and that many people are afraid to share their political affiliations with anybody, even if it is just a random person over the phone because they are afraid of some sort of consequences around that and we’ve seen cancel culture actually take these people out,” Concha told “Fox & Friends.”

“Why does this happen? Is it to create an illusion that perhaps that Joe Biden had this huge lead and why bother going out. It’s almost like a psychological suppression of votes in these situations to say, Ok, look Joe Biden is up 17 in Wisconsin, why even bother? Right. These are the consequences as a result.”

The presidential contest stretched into the early hours of the morning without a clear winner, as a deeply divided nation watched anxiously for ballots to be counted in several battleground states.

President Donald Trump received strong support from his base and chipped into Democratic margins among nonwhite voters to chalk up a string of wins in key swing states.

At the same time, former Vice President Joe Biden improved on Hillary Clinton’s 2016 margins with seniors, won college-educated Whites, and showed enough strength in the suburbs to keep his pathway to victory open. 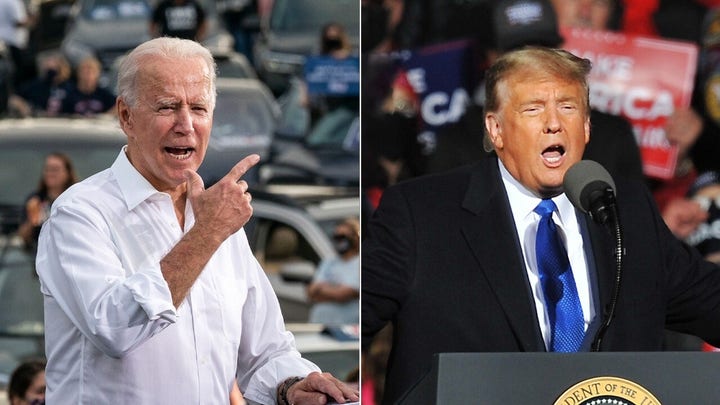 Pollsters did not succeed in identifying accurate voter information.

Concha blasted polling methodology as being as “antiquated as my Blockbuster card in my Casio calculator watch.”

“The methodology, which is the way they sample Democrats and Republicans. Six-eight-ten points skewed toward Democrats. They did it in 2016. You would think they would learn their lesson. They did it again,” Concha said.

Concha blasted the pollsters’ results for the House and Senate. Concha said that Republicans gained seats in the House, particularly among women and minorities, which he claimed “bodes well for the future of the party.”

Concha said that Trump pollster John McLaughlin was the “closest” in polling results.

“The president won those states quite easily. And then, obviously, that Washington Post, ABC News final poll in Wisconsin, Joe Biden up 17 points in that state."