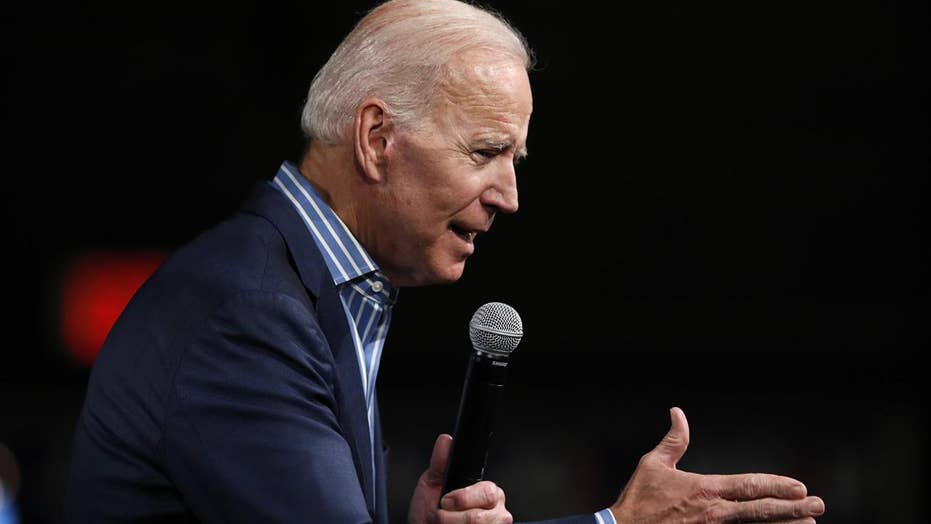 How serious is the situation with China? Reaction from Republican strategist Ned Ryun.

An investment fund backed by Hunter Biden, son of 2020 presidential candidate Joe Biden, invested in a surveillance system used to spy on Muslims in China, a new report claims.

The former vice president has been facing scrutiny over his son’s business dealings in Ukraine and other countries, with reports focusing on Hunter Biden’s role in the Ukrainian energy company Burisma Holdings.

The company employed the younger Biden as a board member as the U.S. and the Obama administration were mulling a course of action amid Russia's invasion in Eastern Ukraine. Biden also apparently threatened the Ukrainian president to fire a prosecutor who happens to have been investigating corruption of Burisma.

Dec. 4, 2013: Vice President Joe Biden, left, waves as he walks out of Air Force Two with his granddaughter Finnegan Biden and son Hunter Biden at the airport in Beijing. (Associated Press)

But Hunter’s investments go farther to the east, drawing scrutiny over his involvement in China amid a controversy over his father’s dismissive comments on the campaign trail about the potential threats China poses to the U.S.

According to the Intercept, Hunter’s investment company in China, known as Bohai Harvest RST, invested in Face++, a technology used by the Chinese government to introduce a mass surveillance state and spy on its citizens.

The technology has been used to spy on Muslims in China’s western province of Xinjiang, where an estimated 1 million Muslims are held in “re-education” camps, providing authorities access to data that shows personal information such as their religious activity, blood type and usage of utilities.

“The (Chinese) Communist Party is using the security forces for mass imprisonment of Chinese Muslims in concentration camps,” Randall Schriver, who leads Asia policy at the U.S. Defense Department, said during a briefing, according to Reuters. He added that the number of detained Muslims could be “closer to 3 million citizens.”

“The (Chinese) Communist Party is using the security forces for mass imprisonment of Chinese Muslims in concentration camps.”

The company also consists of a network of other funds that make other investments, making Hunter Biden an influential businessman in China, according to the outlet, which somewhat explains Bohai Harvest’s dependence on an international subsidiary of the state-owned Bank of China to finance its investments.

The revelation comes as Biden caught flak on the campaign trail after expressing lack of concern over China as a global competitor to the U.S. and mocked those taking the Chinese threat seriously at a rally on Wednesday.

“China is going to eat our lunch? Come on, man!” Biden exclaimed. “The fact that they have this great division between the China Sea and the mountains in the East -- I mean in the West. They can't figure out how they're going to deal with the corruption that exists within the system. They're not bad folks, folks. But guess what, they're not competition for us.”

Reacting to those remarks, President Trump said Biden was among many politicians who were  “naïve” regarding China.

“For somebody to be so naive, and say China's not a problem – if Biden actually said that, that's a very dumb statement,” Trump said.