Former Vice President Joe Biden’s son Hunter once worked with a Romanian businessman who was convicted and imprisoned following an investigation over his real estate dealings.

The business dealings of Hunter Biden have become a contentious issue, with President Trump and his associates calling attention to the 49-year-old Biden's work in Ukraine, China and elsewhere.

According to the New York Times, the younger Biden increased his international business efforts during his father’s second term as vice president and began associating with figures about whom the U.S. or its ally nations were suspicious. 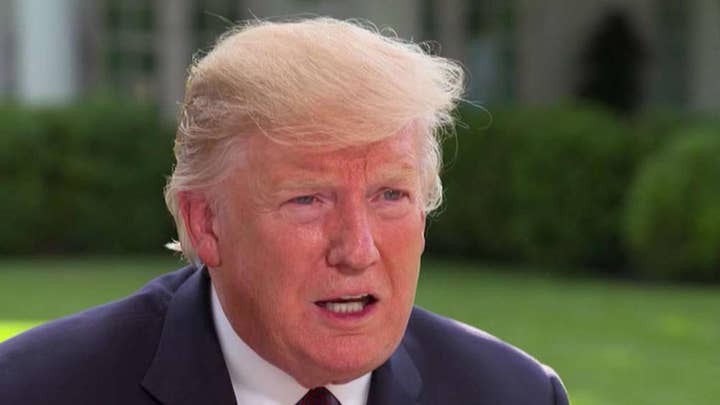 The investigation into Popoviciu, who was known as one of the richest and most powerful men in Romania, came amid calls from the U.S. and its allies to crack down on rampant corruption in the country. This led to the conviction of the Romanian businessman and his seven-year sentence in prison.

Other reports concerning the son of the leading 2020 presidential candidate focus on his role in the Ukrainian energy company Burisma Holdings, a company that employed him as a board member as the U.S. and the Obama administration were mulling a course of action amid Russia's invasion in Eastern Ukraine.

'Crying out to be investigated'

Rudy Giuliani, President Trump's personal attorney, said on “Hannity” last week that former the younger Biden’s dealings in Ukraine represent “a case that is crying out to be investigated,” adding, “If it doesn't get investigated, we just don't have equal justice in this country.”

“His son then got under investigation for good reason. He was working for the most corrupt company in Ukraine, he was working for a Ukrainian oligarch who was being protected by [Russian President Vladimir] Putin, the same Putin we that have been hearing about all this time.”

“His son then got under investigation for good reason. He was working for the most corrupt company in Ukraine, he was working for a Ukrainian oligarch who was being protected by [Russian President Vladimir] Putin, the same Putin we that have been hearing about all this time. Imagine that,” said Giuliani, who has received some criticism for having provided legal advice to Popoviciu, the Romanian businessman.

Biden publicly admitted during an innocuous public event that he threatened the Ukrainian president to fire a top prosecutor, who happened at the time to have been investigating corruption of Burisma.

The prosecutor, who was fired after the threat, was reportedly facing criticism back then by both Ukrainians and international officials for not bringing enough corruption prosecutions. Biden’s push to oust the prosecutor may have not been influenced by the probe of the company his son was involved in.