Pollster Frank Luntz weighs in on the 2020 Democratic field on 'Your World.'

Joe Biden would get the better of President Trump in Pennsylvania, but the former vice president isn't looking likely at the moment to be the Democrat taking him on in 2020, according to pollster Frank Luntz.

Luntz, during an appearance on "Your World", said Biden was looking strong in the state Trump won in 2016, but predicted ultimately Sen. Bernie Sanders, I-Vt., is most likely to win the party's nomination.

Biden leads the race for the 2020 Democratic nomination for president, according to the latest Fox News Poll.

Cavuto asked Luntz Biden's lead in early polls, and how he thinks that shapes the race at this point. 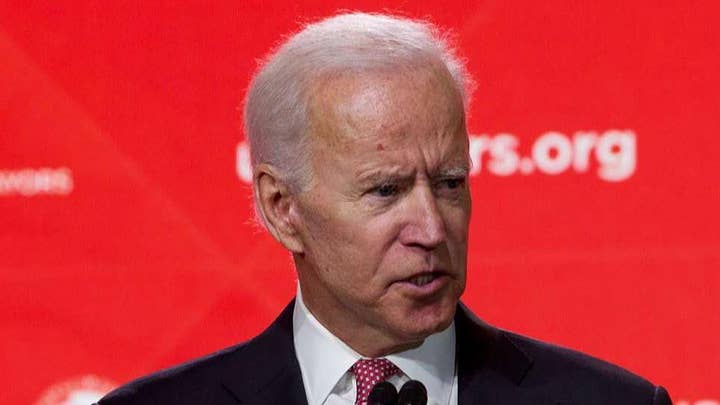 However, the pollster then turned his attention to Biden's battle with Bernie.

"At this point, in mid-May, Sanders has a fundraising operation second-to-none, he has a clear-defined base of support - that is not as wide as Joe Biden's, but is significant," Luntz told host Neil Cavuto.

"So, in this early moment, if you asked me which candidate has the best likelihood of standing at the end, then yes: Bernie Sanders does," he said.

Cavuto asked Luntz if he considered Sanders, I-Vt., to be "too far left" to win in a general election against Trump, pointing to former Sen. George McGovern's, D-S.D., blowout loss to President Richard Nixon in 1972. McGovern carried only Massachusetts and the District of Columbia in that year. 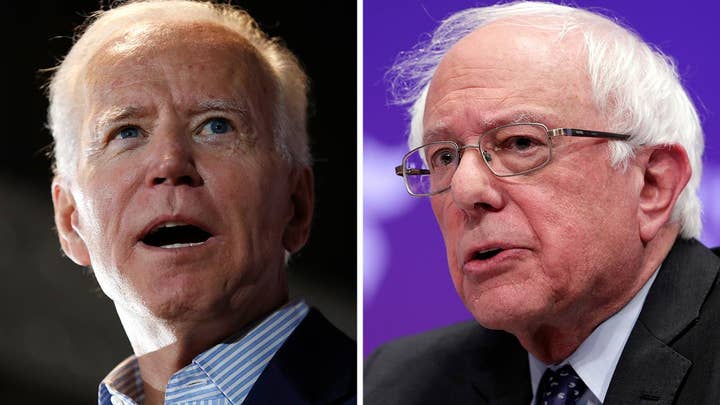 "Yes, I do think that would happen," Luntz said of a scenario similar to the 1972 race. "I think Bernie Sanders is one of the least-electable candidates that the Democrats have."

Luntz said that he is eager to watch the upcoming Democratic presidential debates, before projecting the party to have a "brokered convention" in 2020.

"I don't believe at the moment of the last vote any democratic candidate will have a majority of the delegates. I think we'll so a lot of horse trading. We'll see a brokered convention. Democrats don't like that. They don't like these behind-the-scenes deals...," he said.