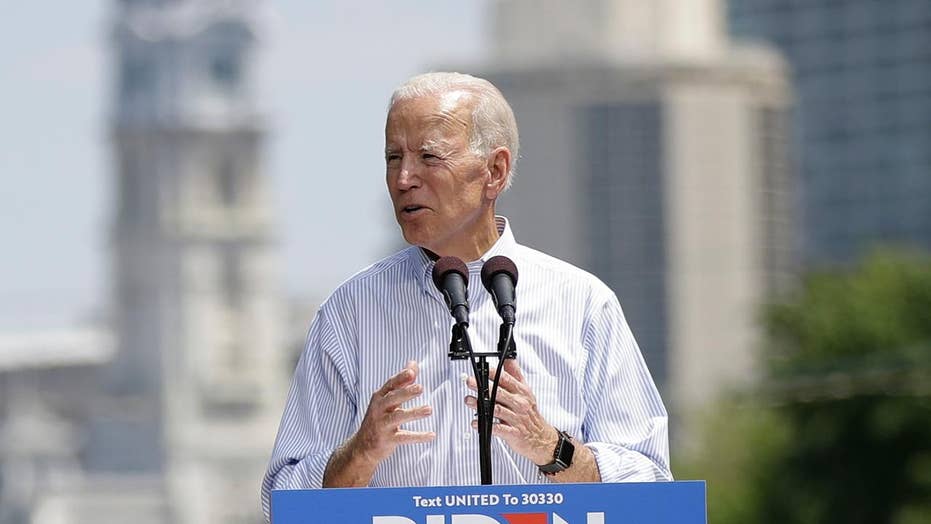 “We’ve got Jim Crow sneaking back in,” the former vice president warned at a rally in Columbia, South Carolina, soon after launching his 2020 Democratic presidential campaign.

Biden, in equating new restrictions on voting eligibility with the heinous racial segregation laws of generations past, was at the same time courting black voters who predominate in the Democratic primary in South Carolina, the first southern state to vote in the race for the White House. The former veep's bond with that critical voting bloc has only strengthened in the weeks since.

For now the clear front-runner in the Democratic nomination campaign, Biden is being boosted at this early stage by his immense popularity with black voters.

For Biden's rivals, this is a daunting factor heading into primary season. The key question going forward, according to former Democratic National Committee leader and Fox News contributor Donna Brazile, is whether the 76-year old white male candidate in a field of young and diverse contenders can “solidify this support.”

According to the latest Fox News poll, Biden stands at 33 percent support among white Democratic voters. But that support rises to 38 percent among non-white likely Democratic primary voters.

Sen. Bernie Sanders of Vermont is a distant second among that group, at 14 percent. The two major Democratic contenders who are black -- Sens. Kamala Harris of California and Cory Booker of New Jersey -- stand at 6 percent and 5 percent in the survey, respectively.

Every other candidate is also in single digits among non-white likely voters. Notably, Pete Buttigieg, who's risen from obscurity to the upper-middle tier in many polls, stood at just 1 percent among that group. The South Bend mayor acknowledged at a Fox News town hall on Sunday that he needs to do more to appeal to "black and brown" voters, suggesting that minority voters are "skeptical of people who seem to come out of nowhere."

It doesn't hurt Biden that he spent eight years as then-President Barack Obama’s right-hand man, a period that did more than just build his name recognition.

Part cheerleader, part sage and part protector, Biden was always deferential to the nation’s first black president, who extended political affection in return. As they left office in January of 2017, Obama praised his trusted friend and adviser.

“My family is so proud to call ourselves honorary Bidens,” the outgoing president said as he awarded Biden the Presidential Medal of Freedom at a White House ceremony. 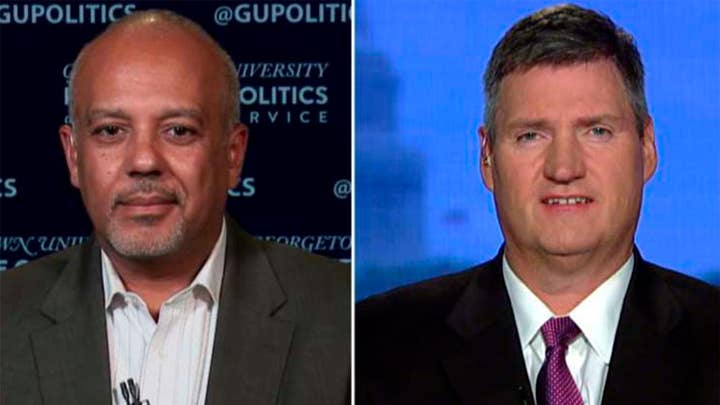 While Obama is staying neutral at this early point in the primaries, Biden is running in many ways as his successor.

During his swing through South Carolina, as elsewhere, he was quick to compliment his former boss, calling Obama “one of the best presidents we’ve ever had.”

His standing as Obama’s vice president and his longtime relationships with African-American Democratic leaders across the country are so far helping keep him far ahead of the rest of the field in courting the black vote.

Mo Elleithee, the founding executive director of Georgetown University's Institute of Politics and Public Service and a Fox News contributor, pointed to Biden’s record on civil rights and his eight years serving with Obama, saying that black voters "know Biden's track record" and that "he's been there for them time and time again."

"What you're seeing now is just a validation of a comfort level," said Elleithee, a senior spokesman for then-Sen. Hillary Clinton’s 2008 presidential campaign who later served as communications director for the Democratic National Committee.

"Biden is the guy who gives them a sense of security and comfort, and that he would be a champion for them probably more than anyone else right now," he added during an appearance Monday on Fox News' “The Daily Briefing.”

Brazile said that Biden’s “a place holder because everyone knows him. You call up my nieces and nephews right now, they’ll say ‘Biden’ because they know Biden. They don’t know the other candidates that well.”

But she pointed out that while Biden is a well-known commodity with the older black electorate, “African-American voters are trending young and he’s not as well known. Maybe they were in elementary school when Joe Biden was elected vice president. The question is will he be able to reach out and give them a hopefully optimistic message not only to win their support but broaden participation.”

Elleithee warned that Biden's current standing atop the field doesn't mean that another candidate can't "chip away" at his lead with minority voters.

And Biden can provide his rivals with plenty of ammunition – including his crafting of the now-controversial 1994 crime bill, his vote last decade in favor of the Iraq War, his now-criticized treatment of Anita Hill while Senate Judiciary Committee chairman during the Clarence Thomas Supreme Court nomination hearing, and his initial observation of Obama during the 2008 primaries as “clean and articulate.”

After Biden recently defended the crime bill, which has been criticized in recent years for a spike in incarcerations, especially among minorities, Harris shot back.

“I have a great deal of respect for Vice President Joe Biden, but I disagree,” the senator said last week. “That 1994 crime bill, it did contribute to mass incarceration in our country. It encouraged and it was the first time we had a federal three strikes law. It funded the building of more prisons in the states.”

The comment by Harris could just be an appetizer for things to come.

And pointing to Obama’s original White House win, she predicted “we could see a repeat of the 2008 cycle where one of the candidates catches fire in Iowa or New Hampshire or Nevada and all bets [are] off going into South Carolina and Super Tuesday. You will see once again black voters playing an oversized role in the major states on Super Tuesday.”