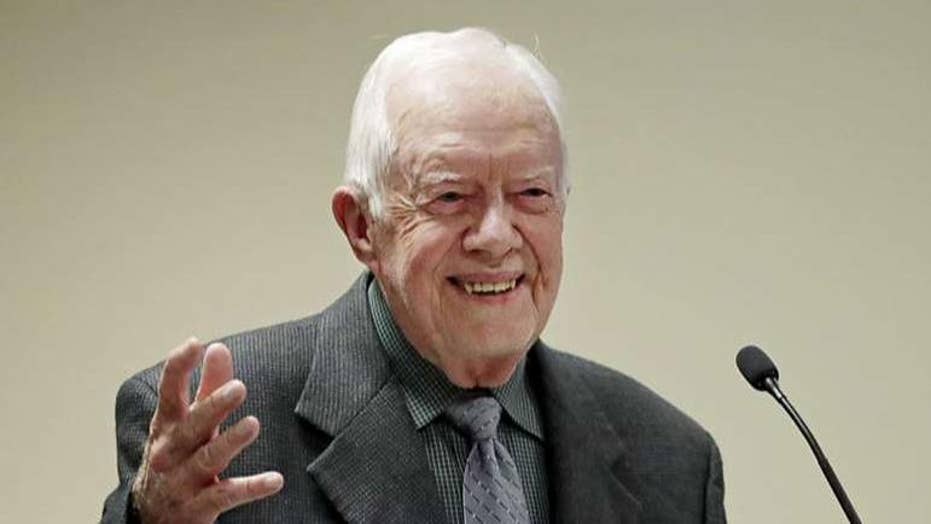 Spokesman says the former president fell at his home in Plains, Georgia.

Former President Jimmy Carter is recovering at a Georgia hospital after he underwent surgery to repair a broken hip suffered in a fall at his home Monday morning.

A statement from the Atlanta-based Carter Center said the 94-year-old Carter fell while leaving to go turkey hunting and underwent successful surgery to repair his hip at Phoebe Sumter Medical Center in Americus. His wife of 73 years, Rosalynn, was with him at the hospital.

"President Carter said his main concern is that turkey season ends this week, and he has not reached his limit," Carter Center spokeswoman Deanna Congileo said. "He hopes the State of Georgia will allow him to rollover the unused limit to next year."

Carter became the oldest living ex-president in March. He has also lived the longest after leaving office, with January 20 of this year marking 38 years since he was succeeded as president by Ronald Reagan.

In August 2015, Carter announced that doctors had found melanoma in his brain and liver. He underwent radiation treatment and announced that December that he was free of cancer.

"I've had a wonderful life," he said at the time he revealed the cancer. "I've had thousands of friends, I've had an exciting, adventurous and gratifying existence."