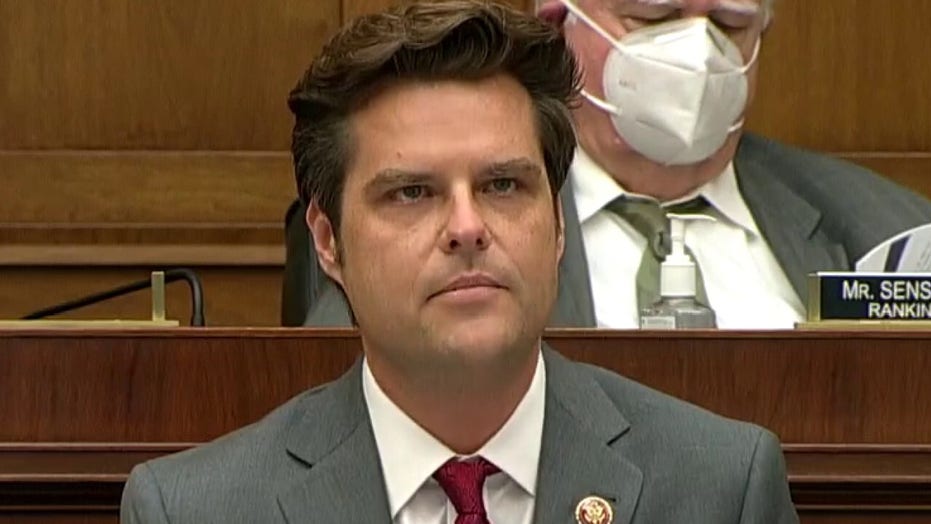 Rep. Jim Jordan, R-Ohio, had a fiery clash with his Democratic colleagues at Wednesday's congressional hearing with tech giants.

Jordan grilled Alphabet CEO Sundar Pichai over Google's alleged search engine bias against conservatives and whether Pichai could commit that Google will not interfere in the upcoming election to benefit Joe Biden.

"Mr. Chairman, we have the email," Jordan responded, referring to an email written by a Google staffer that suggested that the tech giant aided Hillary Clinton's campaign in 2016.

"Mr. Raskin, you want to talk about masks? Why would the Deputy Secretary of the Treasury unmask Michael Flynn's name?" Jordan shot back.

That was in reference to Raskin's wife, Sarah Bloom Raskin, who was revealed as one of the Obama-era appointees who requested the unmasking of then-incoming national security adviser Michael Flynn.