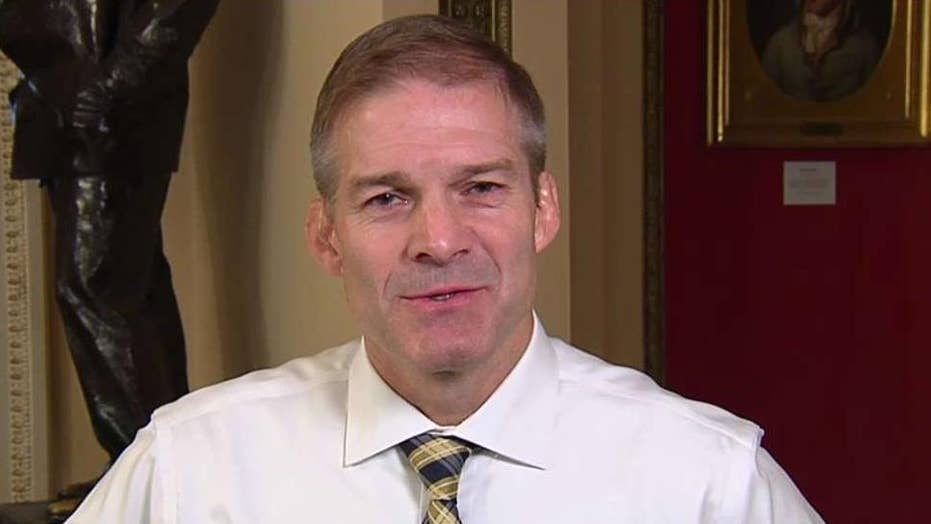 “Obviously, the Democrats have chosen the latter and that’s why they bring Hope Hicks in,” he said.

Hope Hicks -- a former senior adviser to the president -- testified before the House Judiciary Committee in a closed-door session on Wednesday. Her testimony was a continuation of the committee’s investigation into possible obstruction of justice by the president.

She spent nearly eight hours following White House attorneys' demands that she refuse to answer questions about her time in the West Wing.

Lawyers blocked Hicks more than 150 times in her interview, according to the Democrats who released a 273-page transcript on Thursday.

The Trump administration declared Hicks was “absolutely immune” from discussing her time working because of separation of powers between the legislative and executive branches.

However, House Judiciary Committee Chairman Jerrod Nadler, D-N.Y., told lawyers in the room that the assertion of immunity was “absolute nonsense as a matter of law.”

Democrats still asked lengthy, detailed, and often repetitious questions related to her time working for the president after he was elected.

President Trump himself tweeted that it was “so sad that the Democrats” were “putting wonderful Hope Hicks through hell.”

“Mr. Nadler did the bulk of the questions,” Jordan said. “He went right into asking questions about Miss Hicks’ time as an advisor to the president, which they obviously knew was off limits. So, it forced White House counsel to object each and every time.”

Hicks left her communications job in March of 2018. She is now the Chief Communications Officer at Fox Corporation.

She was a key witness for Special Counsel Robert Mueller, delivering important information about multiple episodes involving the president. The Mueller report, released in April, ultimately concluded that there was not enough evidence to establish a criminal conspiracy between the president’s 2016 campaign and Russia. However, he said he could not exonerate the president on obstruction of justice.

“Even prior to Mueller’s investigation when we deposed Jim Comey last year, we asked him about this and he said after ten months at the FBI investigating this…they had no evidence of any coordination, conspiracy, or collusion, between the Trump campaign and the Russian influence the election,” Jordan asserted.

Jordan repeatedly stated that Attorney General William Barr and Connecticut U.S. Attorney John Durham’s investigation “into the origins of” the Russian election-interference probe “is so darn important.” He believes the Democrats’ subpoena for Hicks’ testimony is a veiled “impeachment inquiry.”