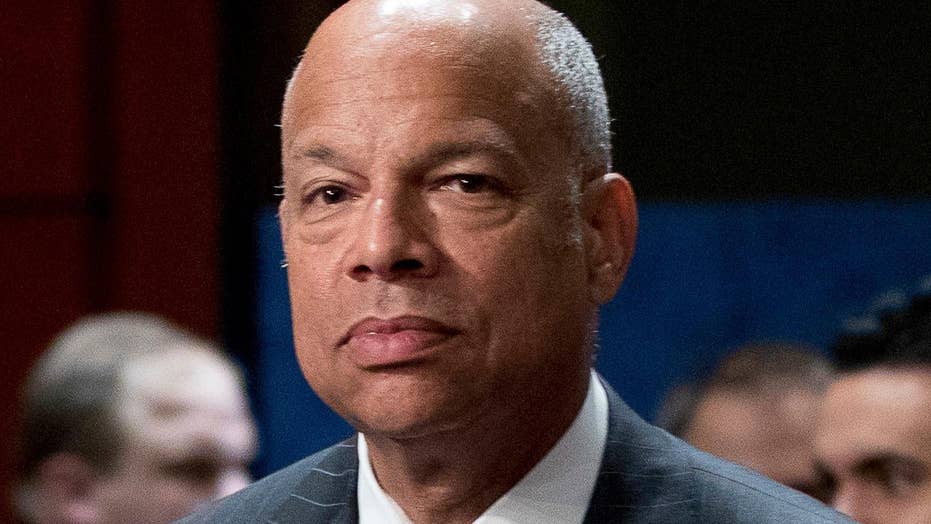 Former Homeland Security Secretary Jeh Johnson testified Wednesday that the Democratic National Committee last year turned down his agency's offer to help protect its network despite being warned about a hack.

He also confirmed that while Russia, at the direction of President Vladimir Putin, orchestrated cyberattacks on the United States to influence the 2016 presidential election, Moscow was unable to actually alter ballots.

“To my current knowledge, the Russian government did not through any cyber intrusion alter ballots, ballot counts or reporting of election results,” Johnson said during his opening statement before the House Intelligence Committee.

Johnson, who served in the Obama administration from December 2013 to January 2017, said his concerns about a cyberattack against the U.S. election systems intensified last summer. He added that he and his counterparts “sounded the alarm but that the press and voters were focused on a lot of other things” during the election season.

In August, he said he “floated the idea” of designating the country’s election infrastructure as critical – which would allow election officials to get cybersecurity help. Johnson testified that multiple secretaries of states turned down his offer and viewed any aid as the federal government trying to Big Brother the election.

Johnson also confirmed he went to the Democratic National Committee about a hack in their system but was told that the DNC “did not feel it needed” DHS assistance.

“Sometime in 2016, I became aware of a hack into systems of the Democratic National Committee,” Johnson said. “… I pressed my staff to know whether DHS was sufficiently proactive, and on the scene helping the DNC identify the intruders and patch vulnerabilities. The answer, to the best of my recollection, was not reassuring: the FBI and the DNC had been in contact with each other months before about the intrusion, and the DNC did not feel it needed DHS’s assistance at that time.”

During his testimony, Johnson also described steps he took once he learned about the Russian-backed hacking of the Democratic National Committee, his fears about an attack on the election itself as well as his rationale for designating U.S. election systems, including polling places and voter registration databases, as critical infrastructure in early January before President Trump’s inauguration.

Johnson testified that 33 states and 36 cities and counties used his department’s tools to scan for potential vulnerabilities. Johnson said he personally reached out to Gary Pruitt, CEO of The Associated Press, which counts votes.

“Prior to Election Day, I personally reviewed with the CEO of The Associated Press its long-standing election-day reporting process, including the redundancies and safeguards in its systems,” Johnson said.

On the other side of the Capitol, the Senate Intelligence Committee heard Wednesday from federal officials as well as state election representatives about Russia cyber-meddling.

Connie Lawson, president-elect of the National Association of Secretaries of States, pointedly suggested Johnson’s DHS held back information last year. She testified it was “gravely concerning” that state election officials “only recently” learned about the threat to voting systems, after DHS “repeatedly” told them no credible threat existed last fall.

“Secretaries of state took part in three calls where ... Johnson was asked whether any documented threats existed,” Lawson said, adding the calls took place Aug. 15, Sept. 8, and Oct. 12. “Each time, Secretary Johnson was directly asked about specific, credible threats and each time he confirmed that none existed.”

In the same hearing, Acting Director of Undersecretary of National Protection and Programs Directorate at DHS Jeanette Manfra told lawmakers that 21 states were targeted in the presidential election.

“But no votes were changed,” Manfra said.

Ranking Member Mark Warner, D-Va., pressed Manfra on whether election officials were aware of the interference. “All of the system owners are aware of the targeting,” Manfra responded.