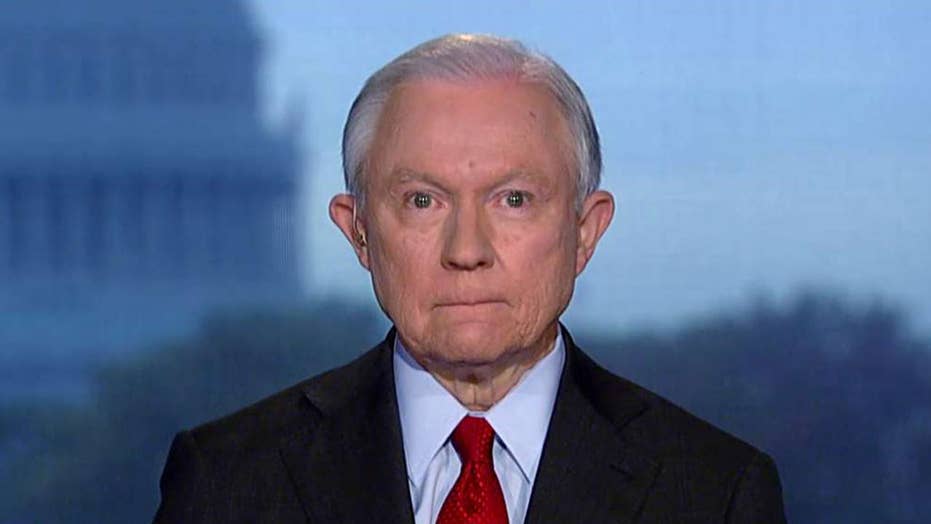 Former Attorney General Jeff Sessions – working to repair his relationship with President Trump as he ramps up his campaign for the U.S. Senate in Alabama – puts a “Make America Great Again” hat back on his head in a new campaign ad.

A campaign senior adviser told Fox News the ad will run statewide in every market for about 10 days.

The ad, called “First to Endorse,” highlights Sessions’ early support for Trump. Sessions in February 2016 was the first senator to endorse Trump’s candidacy, wearing one of the trademark Trump campaign hats at the time. The ad was released as Sessions appeared for an interview Thursday on Fox News' "America's Newsroom."

“You know, out of the 100 United States senators, I was they very first one to stand with Donald Trump,” Sessions says in the ad. “While others were hiding under their desks I went to work. I knew he was the one to make America great, and I’ll keep fighting for President Trump and his agenda.”

Since entering the race last week to reclaim his past Senate seat, Sessions has singularly focused on emphasizing his support for Trump, despite their past rocky history. Sessions – who resigned from the Justice Department a year ago amid public attacks from the president – was one of Trump’s most loyal and trusted advisers before their relationship soured over his recusal from the Russia investigation.

He served in the Senate from 1997 to 2017 until he joined the Trump administration as attorney general.

A major question hanging over Sessions’ entrance into the race is whether Trump – who has remained popular in Alabama – would take steps to thwart his bid. So far Trump has not publicly attacked Sessions' candidacy.

Byrne and Tuberville have both gone after Sessions since entering the race by emphasizing Trump's past frustrations with him.