Speaking at a Democratic forum on Friday, Carter weighed in on Russia's interference in the 2016 election and expressed his belief that it played a much bigger role in the election of Trump than Special Counsel Robert Mueller concluded.

"I think a full investigation would show that Trump didn’t actually win the election in 2016," the 94-year-old former president said. "He lost the election, and he was put into office because the Russians interfered on his behalf."

When asked if he thought if Trump was an "illegitimate president," Carter responded, "Basically, what I just said, which I can’t retract," sparking laughter among the panel and the audience. 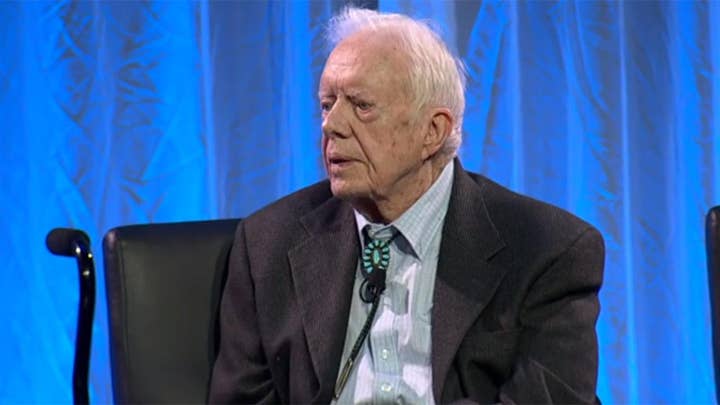 The former Arizona senator took to Twitter late on Friday in defense of the president, calling it an "awful thing" for Carter to say.

"This is an awful thing for one American president to say about another," Flake tweeted. "Argue that he shouldn't be reelected, sure, but don't say that he wasn't legitimately elected."

He later doubled down on his condemnation of Carter, comparing his remarks to the birtherism Trump pushed about President Obama.

Flake's tweets were ratio'd, meaning it received more replies than likes and retweets, from the Resistance. Others expressed concerned that his Twitter account was hacked because of his defense of Trump.

The retired Republican went back to criticizing Trump shortly after, this time for joking about "getting rid" of journalists with Russian President Vladimir Putin.