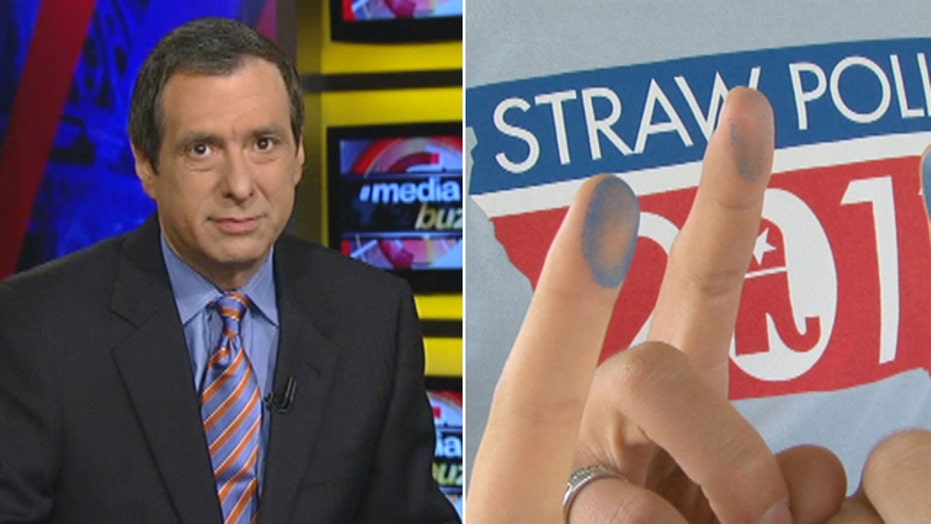 Jeb Bush made some pretty big news the other day—and it had nothing to do with Iraq.

With five words, Bush struck a blow against an absurd institution that is kept afloat—and imbued with great importance—by the media:

With the brother and son of presidents snubbing the Iowa ritual slated for this summer, is it finally time for those of us in the news business to acknowledge that the straw poll is a sham?

It’s not just Jeb. Eleven presidential aspirants showed up in Iowa for the Lincoln Dinner over the weekend and none of them promised to compete in the straw poll, prompting Politico to declare the event “on life support”:

“Thus far, only long-shot candidates like Ted Cruz and Ben Carson have committed to the event, which is in danger of losing what cachet it has left.”

The extravaganza has become an excuse for political reporters to show up in Ames every August before a presidential year and whip up some excitement over something they know is a travesty. Some even do it while proclaiming the straw poll a travesty, because it still livens up the dog days of summer.

The candidates who are determined to get a fleeting bump from the exercise spend money to bus in supporters and set up lavish tents with free food and entertainment. It’s one of the last elections you can actually buy.

Nor is the straw poll much of a bellwether. Michele Bachmann won the last one and landed on the cover of Newsweek; how’d that work out for her? Mitt Romney, meanwhile, finished seventh.

George H.W. Bush won in 1979 and lost the nomination to Ronald Reagan. Pat Robertson won in 1987 and went nowhere. George W. Bush did win in 1999, but he was the overwhelming favorite that year.

It’s a great moneymaker for the Iowa Republican Party, but let’s face it: The media lend the results what little importance they have. If news organizations just stayed home, it would be a story for the Des Moines Register and that’s about it.

Of course, Jeb isn’t taking this step out of some sort of electoral purity. He’s stiffing the straw poll because he will likely get clobbered, producing a wave of stories about the weakness of his candidacy.

In a recent Quinnipiac poll, 25 percent of likely caucus-goers named Bush as a candidate they would definitely not support, tops on the list. In January, 43 percent of likely voters in a Register/Bloomberg poll said they had mostly or very unfavorable views of Bush. So of course Jeb doesn’t want to invest resources in the straw poll, even as he tries to reassure Iowans that he will campaign hard in the caucuses.

The one positive attribute of the straw poll is that it can help winnow the field. Tim Pawlenty dropped out after a poor finish last time. With the list of GOP candidates growing ever longer—Lindsey Graham said yesterday that he’s running, and Bobby Jindal is forming an exploratory committee—even some Republicans are getting nervous by the unwieldy size of the primary contingent, much too large for any debate stage.

But that’s not a reason to keep hyping such an unrepresentative exercise. The media should take their cue from Jeb and stop enabling the Ames charade.