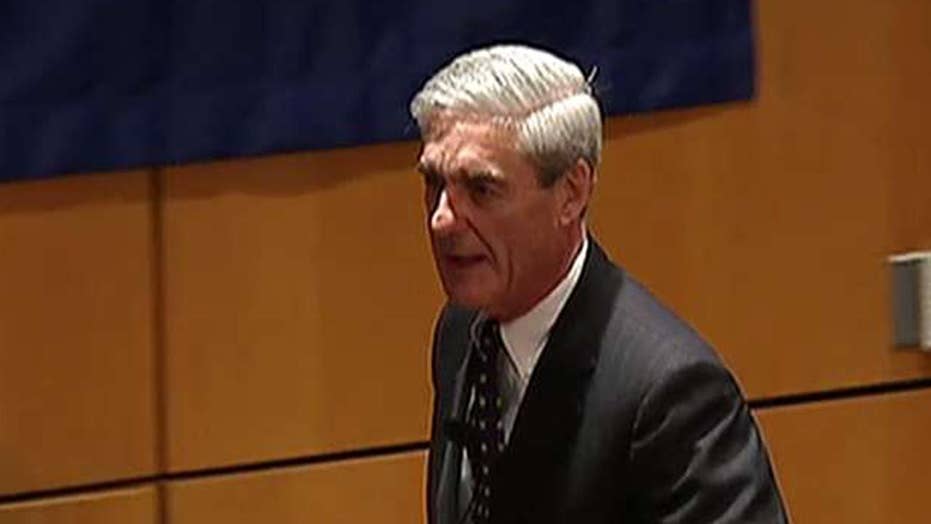 President Trump’s attorney, Jay Sekulow, reacted Tuesday night to Robert Mueller agreeing to testify publicly July 17 before the House judiciary and intelligence committees after both panels issued subpoenas to him.

“I don’t think you’re gonna see anything different in his testimony than in his report,” Sekulow said on Fox News' "Hannity." “There are a lot of questions that have to be asked and have to be answered. ... I can make a list of 100 questions.”

House Judiciary Committee Chairman Jerrold Nadler, D-N.Y., and House Intelligence Committee Chairman Adam Schiff, D-Calif., said in a joint statement that Mueller, the former special counsel who led the two-year-long Russia investigation, has agreed to testify about the report he issued in April after his probe of possible Russian connections to Donald Trump’s 2016 presidential campaign concluded.

The committees have been in negotiations with Mueller for more than two months about his testimony. But he has been hesitant to testify and speak about the investigation beyond a public statement he issued last month.

In a letter to Mueller accompanying the subpoenas, the committee chairmen said: “the American public deserves to hear directly from you about your investigation and conclusions.”

“The whole report is legally incoherent,” Sekulow, chief counsel of the American Center for Law and Justice (ACLJ),  said about the Mueller report, noting the special prosecutor’s myriad conflicts of interest. “The job of the prosecutor is not to exonerate.”

In his 448-page report issued in April, Mueller concluded there was not enough evidence to establish a conspiracy between Trump’s presidential campaign and Russia, which was the original question that started the investigation. But he also said he could not exonerate Trump on obstruction of justice. The report examined several episodes in which Trump attempted to influence the investigation.

“The case is closed,” Sekulow said about his client, repeating the phrase the president has used many times, “No collusion, no conspiracy, no obstruction of justice.”