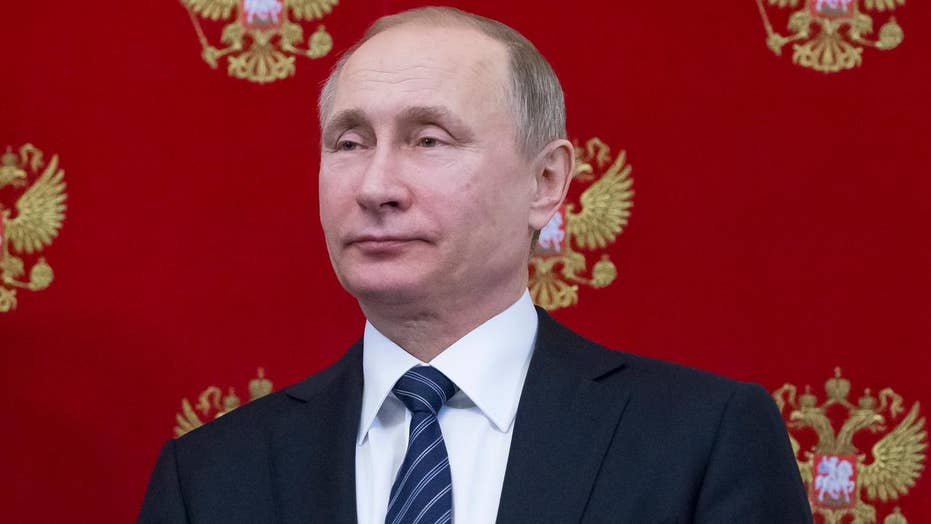 Lawmakers are expected to grill FBI Director James Comey about reported intercepts of communications and financial data between members of the Trump campaign and the Russian government.

The Senate Intelligence Committee will be looking for clarification on the scope of the FBI inquiry, part of which is reportedly focused on Trump’s former campaign chairman Paul Manafort’s work as a political adviser for Ukraine’s former Russia-leaning government.

In interviews with multiple sources close to Manafort in Ukraine, Fox News has learned that at least some of what has been reported about Manafort’s dealings in Ukraine has been driven by operatives employed by the Democratic National Committee, that Manafort was just one of several American campaign strategists working in Ukraine, and that Ukrainian authorities have yet to bring charges for any allegations of wrongdoing. Democrats close to the Manafort investigation concede the evidence of collusion between Manafort and Russia is, at this point, “circumstantial.”

In April 2016, a Democratic consultant named Alexandra Chalupa spoke to a gathering of 68 journalists to hear about Manafort’s efforts in Ukraine. Chalupa had worked in the White House Office of Public Liaison during the Clinton Administration and was paid $412,000 by the DNC from 2004 to 2016, according to Federal Election Commission records.

An email released by Wikileaks dated May 3, 2016 from Chalupa to Luis Miranda, communications director of the Democratic National Committee, said: “They put me on the program to speak specifically about Paul Manafort…there is a big Trump component you need to be aware of that will hit in the next few weeks.”

“Ali Chalupa naturally was interested on behalf of the DNC to paint Mr. Manafort in the most negative light possible,” says Ukraine expert Adrian Karatnycky of the Atlantic Council. Critical to their efforts to find evidence of collusion between the Trump campaign and Russia, Democrats wanted to figure out who was paying Manafort, and how much.

“There was a financial ledger book under investigation by the Ukrainians,” Karatnycky said. “Shedding light on that would have been in Chalupa’s playbook. She was pointing media where there was smoke in the middle of a campaign. And indeed there was a media firestorm that led to Manafort’s resignation in the middle of the campaign.”

The financial ledger first surfaced when a Ukrainian journalist and Parliament member named Serhiy Leshchenko published parts of it online.

“Unfortunately, I am not a reliable source on Manafort and Russia, I am just focused on the Ukraine issue,” Leshchenko told Fox News when reached in Kiev.

Even so, Karatnycky points out that the “bonafides of the ledger book were under question."

“I saw excerpts from the ledger book about half a year before they reached the public, and they were just photocopies of what was said to be an original document,” Karatnycky said. “I don’t think any criminal cases have been brought on the basis of the ledger book.”

Chalupa, the Ukrainian-American activists who has researched Manafort since the Ukraine crisis in 2014, said: “The evidence of collusion between Russia and Manafort is circumstantial at this point. It is unclear what new evidence the intelligence community has obtained that will be made public in the coming weeks. When you piece everything together, you see a distinct history of representing Russian interests.”

Former Pentagon official J.D. Gordon, who met with Russian Ambassador Sergey Kislyak at the Republican National Convention last July and had a hand in the forming of the GOP platform on Ukraine, told Fox News he had never seen so much disinformation in his life.

“From the media and bloggers, to the leakers in the intelligence community,” Gordon said, “it’s incredible to see how many people are contributing to a false narrative, whether intentional or not.”

An American political consultant based in Ukraine with close knowledge of Manafort’s dealings there also told Fox News the leaks have gotten out of hand.

“This would almost make Joe McCarthy blush what’s going on in Washington,” the consultant said. “All this leaking… Are we witnessing a coup d’etat by the intelligence services?”

The source said that American political consultants like Manafort are common in Ukraine’s fractious political system.

“Tad Devine worked on Bernie Sanders campaign and there he was working for us in Ukraine. Democrats and Republicans working together. All the media reporting has been like Claude Raines in Casablanca, shocked, shocked there is gambling going on here!” the consultant said. “There are Americans involved in politics in the world! Shocking! Americans have the most experience with bare knuckle politics, with Democratic processes. Who has the most experience in electoral and political technologies? You go to the guys with the most experience, with bare-knuckle politics like we practice in the U.S.”

Karatnycky said there is money to be made by the Americans in Ukraine.

“Ukrainian leaders crave expertise… I think Manafort was making piles of money in Ukraine," Karatnycky said. "I don’t know anything about him making money from Russia.”

As for reports that Manafort worked with a Russian agent named Konstantin Kilimnik, Karatnycky said: “Before he was hired by a USAID-funded project, Kilimnik had bragged he worked for Russian intelligence. But he was a good translator, and that’s why Manafort’s team hired him.”

The frequent political consultant in Ukraine told Fox News, “I know Konstantin and I know Paul. It seems extremely far-fetched and preposterous that they had anything to do with the Republican platform being changed.”

A former Manafort colleague from his days with the lobbying firm Black, Manafort, Stone and Kelly – dubbed the “Torturer’s Lobby” in a scathing report from the early 90s for its efforts in Africa and Asia – said despite many hair-raising experiences she had with Manafort, she does not doubt his patriotism. Riva Levinson describes her experiences with Manafort in her book “Choosing a Hero” and told Fox News: “I questioned many things about Paul, but I never questioned his loyalty to the United States.”

Levinson said she learned a lot from Manafort, who she called a brilliant strategist.

But, she added, “Paul sent me on a pointless mission to Somalia, to meet with a murderous dictator, because the guy was in trouble, and we could extract a big fee. It was pointless. I honed my wits, overcame my fears.”