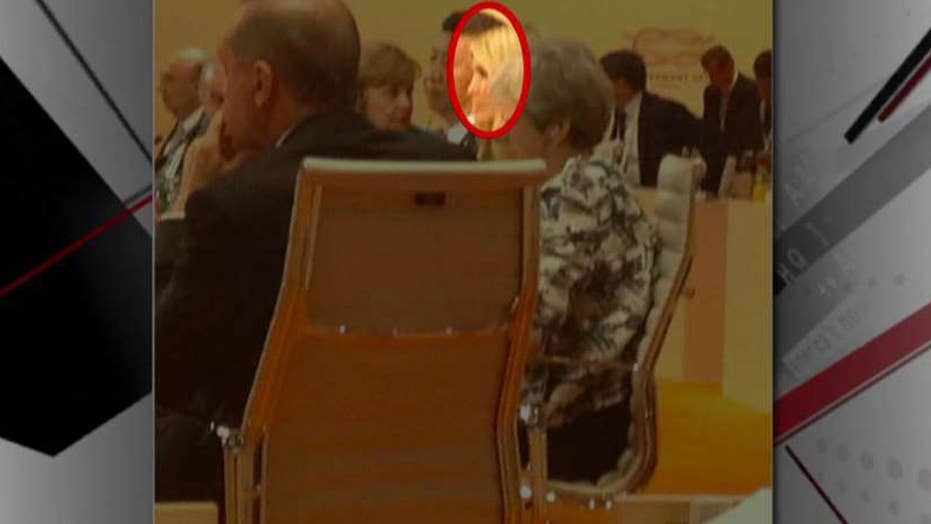 From the sidelines of the Group of 20 world leaders' summit in Hamburg, Germany, Ivanka Trump, a senior White House adviser to her father, launched the Women Entrepreneurs Finance Initiative to help advance the economic empowerment of women around the world.

President Donald Trump said Saturday the U.S. would contribute $50 million to the new World Bank fund conceived by his daughter that aims to help women entrepreneurs access capital and other support.

World Bank Group President Jim Yong Kim said the fund had raised more than $325 million so far for projects and programs to support women and women-led businesses by improving access to capital and markets, providing technical assistance, training and mentoring, and pushing public policy. The fund grew out of conversations between Ivanka Trump and Kim early in Trump's administration.

"This is not a cute little project," Kim said during a panel discussion, arguing the effort would spur real economic growth and critical investments.

TRUMP TO CHINA'S PRESIDENT: N. KOREA NUCLEAR THREAT WILL END ONE WAY OR ANOTHER

President Trump, Canadian Prime Minister Justin Trudeau and German Chancellor Angela Merkel also spoke at the event, where Trump said the fund would help eliminate barriers for women to launch businesses, help transform "millions and millions of lives," and "provide new hope to these women from countless communities all across the world."

The commitment comes as the Trump administration has proposed dramatic cuts to diplomatic and development funding in line with the president's "America First" foreign policy doctrine. His proposal would cut money for the State Department and U.S. Agency for International Development by more than 31 percent in the budget year beginning in October. He's also banned federal dollars from going to international groups working on issues such as HIV, AIDS and maternal and child health if they perform abortions or even provide information on the procedure.

The president has been criticized for crude remarks he's made about women over the years, including a recent tweet focusing on a television news host's appearance. Trump's senior staff is dominated by men, despite the considerable influence of his daughter.

In addition to the U.S., Germany and Canada, the new fund has also received contributions from Saudi Arabia, the United Arab Emirates, Japan, Australia, China, Denmark, the Netherlands, Norway, and South Korea.

During his 2016 campaign, Trump frequently criticized rival Hillary Clinton's ties to her family's Clinton Foundation, which received millions in donations from Saudi Arabia, the United Arab Emirates and several other Mideast nations for charitable work.

During an October general election debate in Las Vegas, Trump demanded that Clinton "give back the money you've taken from certain countries that treat certain groups of people so terrible."

Officials stressed that Ivanka Trump will not have an operational or fundraising role with the fund, which will be run by a governing committee of contributors.

Trump also took the opportunity to praise Ivanka Trump, who at one point Saturday was spotted sitting in her father's seat at an official G-20 event after he had left the room.

Trump said he'd been proud of her since "day one," and offered a rare, self-deprecating assessment of the challenges he's added to her life.

"If she weren't my daughter, it would be so much easier for her," he said with laugh, adding: "That might be the only bad thing she has going, if you want to know the truth."

Ivanka Trump has faced sustained criticism from opponents of her father who'd hoped she would be able to push him to adopt more moderate policies. Many have labeled her "complicit" in his agenda.