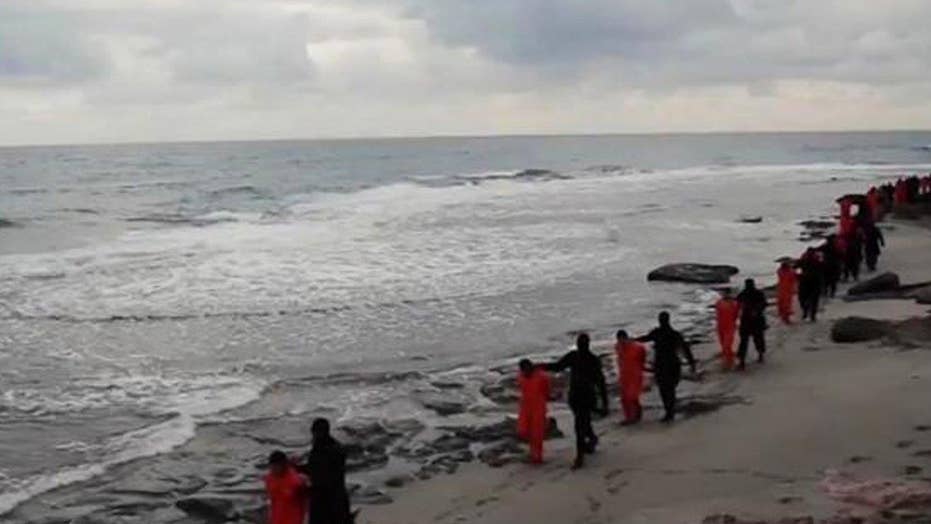 Iraq’s beleaguered Christian community is frustrated and confused by the seemingly semantic debate taking place in Washington, where the Obama administration is trying to determine if their plight adds up to genocide.

The U.S. is believed to be close to a decision on whether the atrocities ISIS has committed against Christians and other religious minorities amount to the legally loaded term. But on the ground in Iraq, where death and displacement has seen the Christian population dwindle to an estimated 275,000 from its pre-ISIS number of 1.5 million, the answer is obvious.

“The American delay in officially declaring what has happened to the Christians officially as genocide, or mass extermination and systematic persecution has caused a huge disappointment among the Christians,” said Yacoob Gewargis, head of the Al-Rafidain Christian bloc in the Kurdistan Region Government (KRG) Parliament in northern Iraq. “They have waited a long time for the international community, especially America, to declare this so that they can be supported and protected in their own country.”

"If things continue like this, in another 10 years, Christians in the Middle East will be forgotten.”

ISIS is now on pace to eradicate Christianity from the region, said Gewargis. Thousands of families are abandoning an area that has sustained the faith for thousands of years, he said.

“Christians are losing hope,” he said. “Every day that goes by, more and more people migrate. If things continue like this, in another 10 years, Christians in the Middle East will be forgotten.”

Displaced Christian family living in an abandoned building in the Kurdish region of Iraq (Special to FoxNews.com)

Secretary of State John Kerry could make the determination this week, with a March 17 deadline set by Congress looming. The House will vote Monday on a bill that would declare ISIS’ actions “genocide, war crimes and crimes against humanity.” A similar finding by the Obama administration could carry potential legal consequences, but would not be unprecedented. In 2004, then-Secretary of State Colin Powell determined that atrocities being committed in Sudan’s Darfur region constituted genocide.

There is some dispute about whether a finding of ongoing genocide obligates the U.S. to take action. In 2004, State Department attorneys decided that the 1948 UN Convention on the Prevention and Punishment of Genocide did not impose a legal obligation, but Powell instead called for the UN Security Council to appoint a commission to investigate and take appropriate legal action if it agreed with the determination.

Artwork in the streets of Alqosh, a formerly Christian village some 30 miles northof Mosul now partly controlled by ISIS. (Special to FoxNews.com)

A formal finding of genocide by a country that is party to the UN Convention would mean a duty “to prevent and to punish kicks in,” said Barbara Mulvaney, senior trial attorney in the Office of the Prosecutor for the United Nations International Tribunal for Rwanda and former senior adviser to the U.S. State Department.

“The big question then becomes, how do they do that?” she said. “What actions are currently under way to prevent these actions now?” she said.

The UN Convention defines genocide as “acts committed with intent to destroy, in whole or in part, a national, ethnic, racial or religious group.”

The legal dithering makes little sense to thousands of families who have been displaced and seen loved ones kidnapped or killed by a terrorist organization that does not disguise its motives. Many Christians driven out of Mosul and surrounding villages when ISIS seized Iraq’s second-largest city in 2014 now live in refugee camps maintained in Kurdish-held territory.

“My feeling is utter disappointment that the West has left us, everybody has left us,” Martin Alqas, a displaced Iraqi Christian from the Nineveh Plain villages of Qaraqosh, told FoxNews.com by phone. “The West, with all its advanced technology, can finish ISIS. But they are delaying that due to political purposes which are unknown to us. We as Christians, and other minorities in Iraq, are facing extinction and we are paying the price.”

To date, the Obama administration has referred to the brutal targeting of Christians by ISIS as the slightly less-severe category of “crimes against humanity.”

“Acts of genocide are motivated by a desire to destroy a particular group,” said Lisa Reinsberg, executive director for the International Justice Resource Center. “Crimes against humanity are defined as targeting individuals systematically or on a large scale, but those individuals are not necessarily part of the same group.”

Experts say part of the difficulty in making a pronouncement is due to a lack of reliable information from an area now held by ISIS. Others believe the Obama administration may be hesitant to use an explosive term that could be seen as stigmatizing mainstream Muslims. U.S. State Department spokesman John Kirby said in a statement to FoxNews.com that the administration is going to “great lengths to collect and evaluate all available information” before making a “genocide” pronouncement.

Christians now store priceless, ancient biblical scripts like these in the abandoned buildings where they live. (Special to FoxNews.com)

“We must call the violence by its proper name: Genocide,” U.S. Rep. Jeff Fortenberry, R-Neb., co-chair of the Religious Minorities of the Middle East Caucus, said in a statement issued to FoxNews.com. “A genocide designation will raise international consciousness and compel the international community of responsible nations to act, setting the preconditions for the reintegration of ancient ethnic groups and faith traditions into their ancestral homelands.”

In addition to Congress, several nonprofits are pressuring the Obama administration to make the call. The Knights of Columbus, a Catholic charity, released a 280-page report last week that it said contained clear evidence that the legal standard has been met.

“There is only one word that adequately, and legally, describes what is happening to Christians and other religious minorities in the Middle East. That word is genocide,” Knights of Columbus chief Carl Anderson said Thursday while presenting a 280-page report.

The report named more than 1,100 Christians who have been killed by ISIS militants and detailed widespread cases of people being kidnapped, raped, sold into slavery and driven from their homes.

The European Parliament, the International Association of Genocide Scholars, the U.S. Commission on International Religious Freedom and even Pope Francis all have used the designation.

One Christian family, parents and four children living together in a small room in an abandoned building with other displaced Christians in northern Iraq, told FoxNews.com of the horrors of being forced to flee their home and farm amid the fateful Mosul assault.

“My daughter can’t walk or talk,” the father lamented. “If we go home, another Daesh might come. We can’t start from zero again.”

Steven Nabil contributed to this report