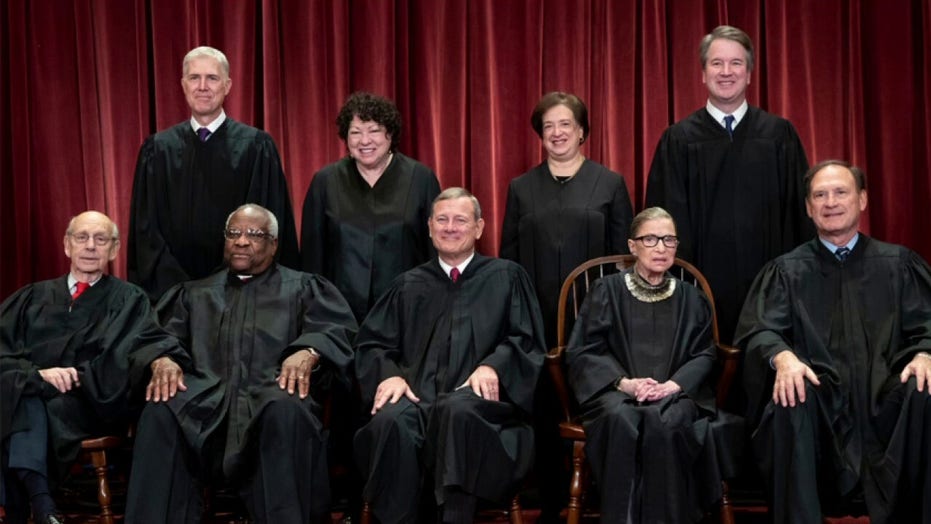 Theresa Greenfield, the Democratic challenger to Iowa Sen. Joni Ernst, is toeing a fine line when it comes to the question of increasing the number of justices on the U.S. Supreme Court.

The idea of "packing the court" – which would mean increasing the number of justices on the bench – has been embraced by some Democrats following the death of liberal Justice Ruth Bader Ginsburg as a way to fight back against the court's conservative tilt.

Earlier this year, the Democrat rejected the idea. But on Wednesday, Greenfield said she hasn't "formed an opinion."

“I don't know that that's what we need to be doing by any means,” Greenfield said when asked about increasing the size of the Supreme Court. “I wouldn't say that I had formed an opinion on that, but that's certainly not a high priority for me and it's not something that Iowans are certainly talking about at this point in time.”

She added that Iowans are more worried about issues like health care and education while conceding such policies are sometimes decided upon by the court.

Always a key part of the election debate, the makeup of the Supreme Court moved into focus last week after Ginsburg died following a lengthy cancer battle. President Trump has promised to move swiftly in appointing her replacement even though the election is just over a month away.

The confirmation of Trump’s pick, who is expected to be announced Saturday, would likely tip the nine-member court further in favor of conservatives, which has provoked calls from Democrats to add justices should they win control of the White House and Senate in the November election. Justices are apolitical, but can appear to lean conservative or liberal in their decisions.

While Greenfield’s comments on Wednesday appeared to be an attempt to move more in line with her party, they marked a sharp reversal from her explicit rejection of the idea at a primary debate in May, when she said there was no “need to expand the Supreme Court.”

Greenfield "doesn't" support packing the court, campaign communications director Sam Newton clarified to Fox News. "As Theresa said yesterday, this is not a priority for Iowans who are worried about losing their health care if the lawsuit Joni Ernst supports is successful."

The Supreme Court will in November hear a case challenging the constitutionality of the Obama-era Affordable Care Act, which Ernst has voted in favor of repealing.

The Ernst campaign was quick to pounce on Greenfield’s evasiveness on the matter.

“In the Senate, you are forced to make yes-or-no decisions, so it’s remarkable that Theresa Greenfield is refusing to give voters a straight answer,” said Ernst spokesperson Brendan Conley, adding that her caving is “proof that if elected she’ll stand with liberal special interests bankrolling her campaign, not Iowans.”

The first debate for the Iowa Senate seat is scheduled for Monday at 7 p.m. CT and will be broadcast on Iowa PBS’s YouTube Channel.

This story has been updated to include comment from Greenfield's campaign