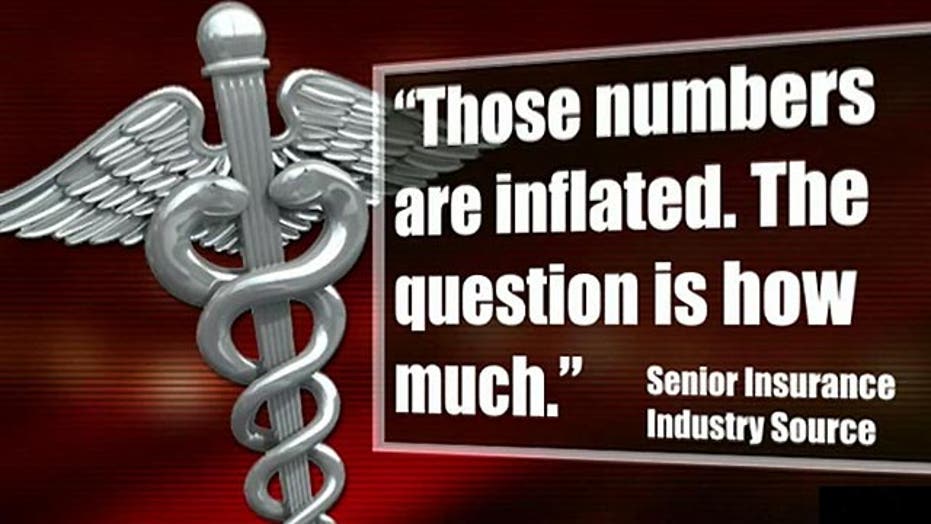 The Obama administration’s latest rosy scenario about 3.3 million consumers signing up for health care plans is facing skepticism from top insurance industry officials, who estimate that somewhere in the range of 10 to 25 percent of those “enrollees” actually have not yet paid their premiums and are not fully enrolled.

“The numbers are not as high as 3.3 million -- it’s lower,” one senior insurance industry source told Fox News. “Those numbers are inflated. The question is how much.”

Industry officials tell Fox that some insurance companies have privately reported up to 30 percent of enrollees have not paid up, while other companies believe a higher percentage of customers have taken care of their premiums. The senior insurance industry source suggested it averages out to roughly 10 to 25 percent of enrollees not yet paying into the system, and thus those individuals do not really have insurance.

Scenarios for not paying include people who went through the struggles of logging on to HealthCare.gov and eventually decided it was not worth it to go through the final steps of payment, and others who may simply not be able to afford the premiums. Industry officials believe others have gone through the process of choosing a plan and simply have not gotten around to writing a check, but eventually may make the payment to complete the process and wind up being a success story.

It’s hard to pinpoint precisely how many people have paid their premiums, since companies like Humana and United have not yet disclosed numbers. Aetna has said that 70 percent of their enrollees paid premiums in January, and of those who signed up before January, 90 percent paid their premiums. WellPoint has reported that a majority of its 500,000 enrollees have paid premiums but not a “vast majority” as of yet.

Insurance industry officials are also raising questions about whether the White House really does not know how many people have paid into the system, as White House Press Secretary Jay Carney has suggested.

Pressed by Fox on Wednesday about how many of the 3.3 million enrollees have paid premiums, Carney said the data rests with the industry. “It is a contract between an individual or – well an individual even representing his or her family – and a private insurance provider,” he said. “So insurance companies obviously have data about when those payments were made, but this would be no different from any other insurance contract that you would – you would purchase.”

An administration official confirmed that the key federal agency involved does get some payment data, but stressed the administration is more focused on getting the payment system completed over the long term.

“CMS receives aggregate-level enrollment data on a monthly basis from issuers that are owed payments of marketplace financial assistance,” said the official. “However, enrollments on the individual level for all issuers will be measured in the long term” using documents known as 834 forms.

The official added that some health plans have already begun providing those forms, “which will eventually be the mechanism for making payment and reporting enrollment data as part of our automated system.” Once that system is fully operational, the official said, “we will determine the most appropriate way to make detailed payment information available.”