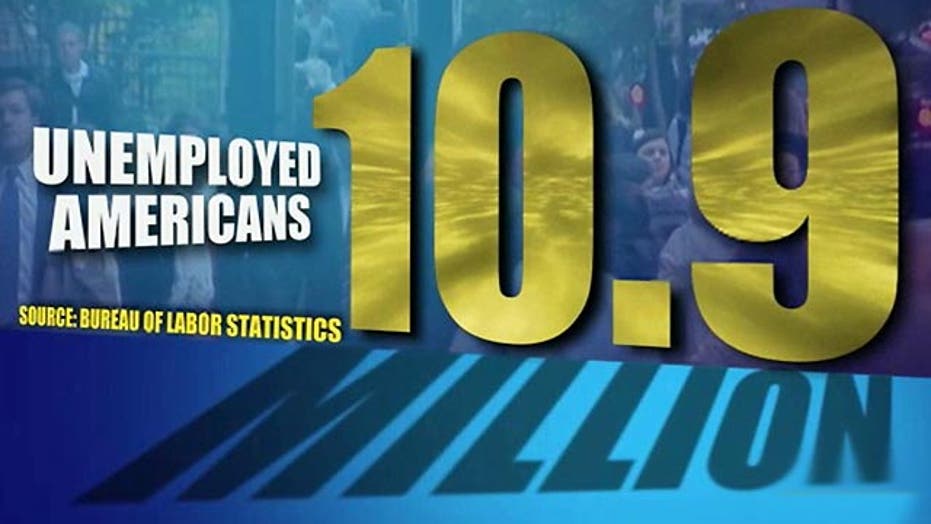 Income Politics: Inside the fuzzy math of the job market

For Americans trying to get into, or back into, the job market, there seems to be a disconnect in the numbers.

There are 10.9 million Americans are out of work, according to the most recent statistics from the Bureau of Labor Statistics, but there are also four million unfilled private and government jobs.

Part of the problem, says Elisabeth Jacobs with the Brookings Institute, is geography.

“The jobs have to be in same place as the people,” says Jacobs. “Say you have a whole bunch of unemployed people in, say, Nevada, a state with a very high unemployment rate. But the jobs may not be in Nevada.  The jobs may be in somewhere, say, like in Massachusetts or DC.”

In addition, there can be intense competition for the jobs that are available.

Heidi Shierholz, with the Economic Policy Institute, says “right now there are nearly three unemployed workers for every job opening.”

But mostly, as Congress debates extending unemployment insurance again, experts such as labor analyst James Sherk with the Heritage Foundation say the problem is a weak economy.

“Businesses are recruiting much less intensely than before in part because they're uncertain where the economy is going," Sherk says. "They don't want to commit to hiring a full-time worker if their sales aren't going to hold up, if hiring that worker is not going to be a good investment for the company.”

But Sherk also says even if the US had a very healthy economy, there still would be millions of unfilled jobs each month.

“Businesses are going out of business,  new businesses are starting up hiring new workers,  and existing businesses will be expanding," he says. "And as a result you'll have many job vacancies created.”