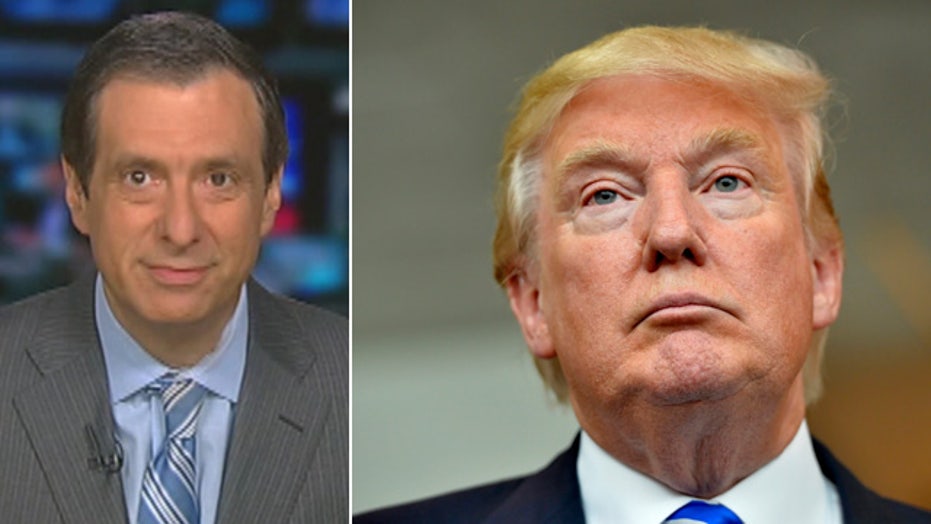 Here, in a nutshell, is why Donald Trump is widening his lead in the Republican race.

And it has nothing to do with television.

Trump seems to be attacking Jeb Bush every day, maybe every hour. Just yesterday, talking to reporters in South Carolina, Trump charged again that Bush’s misstatement about not needing $500 million for women’s health programs (when he meant to take aim at Planned Parenthood) “was a disgrace.”

As I noted this week, Jeb has been hitting back at Trump and his policies, but with that restrained, adult-in-the-room tone that he uses. This, to put it mildly, doesn’t match up well with Trump’s street-fighting style.

And it seems to be working. In a new Quinnipiac poll, Trump leads among Republicans with 28 percent, non-politician Ben Carson has 12, and Bush is in a three-way tie for third place with 7 percent.

So the Washington Post decides to do a long takeout on the history of animosity between Trump and Bush. I’ve done a thousand pieces like this: you talk to campaign insiders and outside advisers, maybe a couple of analysts, and try to piece together why these two men don’t seem to like each other much.

A campaign spokesman will often say they’re good friends, they just differ on the issues, blah blah blah, and you counter that with anecdotes showing barely disguised contempt.

So what happens? Trump hops on the phone and talks to the Post for more than half an hour.

Trust me, this is very unusual. A presidential candidate might give time to a major newspaper for a big profile or a long takeout on his policy agenda. But for a story that’s basically about a personal spat? Uh-uh.

The Donald used the opportunity to ratchet things up:

“In a 35-minute interview this week with The Washington Post tracing his history with the Bushes, Trump unleashed a hailstorm of scorn. He found 33 ways to skewer the family — about one put-down per minute."

“On George H.W. Bush: ‘I really liked the father — really like him as a person. But I hated his ‘read my lips, no more taxes,’ and then he raised taxes monstrously.’

“On George W. Bush: ‘He didn’t seem smart. I’d watch him in interviews and I’d look at people and ask, ‘Do you think he understands the question?”’

Trump used the forum to rip Jeb’s stint as an adviser to Lehman Brothers, accusing him of a “no-show job” with the Wall Street firm that later collapsed. He called Bush’s role at Lehman a “no-show job,” without providing evidence, and calling it “a Hillary Clinton kind of situation.”

The Bush campaign was represented by spokesman Tim Miller, who said Trump was “trafficking in false conspiracy theories” about Lehman, adding:

“While Trump was attending New York liberal cocktail parties and trashing conservatives and Republican Presidents any chance he got, Jeb was the most conservative governor in the country, cutting taxes, reining in the size of government, and protecting life.”

It probably would have been unseemly for Jeb to personally respond. As the piece suggests, they could not be more different: one a president's son and part of the patrician clan in Kennebunkport, the other a real-estate hustler whose father built middle-class apartments in Brooklyn and Queens. But these Trumpian insults have a way of hitting the media echo chamber.

We’ve all focused on Trump’s television interviews, more than 70 so far, the latest on low-rated Bloomberg TV with Mark Halperin and John Heilemann. But Trump talks to all kinds of journalists. Considering that he also has a global company to manage, Trump is running the most media-centric campaign I’ve seen since John McCain spent 10 hours a day answering reporters’ questions on his Straight Talk Express in 1999 and 2000.

Jeb Bush, meanwhile, is barely doing television interviews and is next scheduled to appear on Stephen Colbert’s new show on Sept. 8.

Little wonder that Trump is driving the coverage. Whether the interviews are contentious or not, whether Jorge Ramos is trying to lecture him or not, Trump is seen as engaged, taking on the media, and using the exposure to bash his rivals.

He even called in to Howard Stern’s show the other day after the Sirius XM host predicted that Trump would win the nomination—and don’t underestimate the impact of the King of All Media.