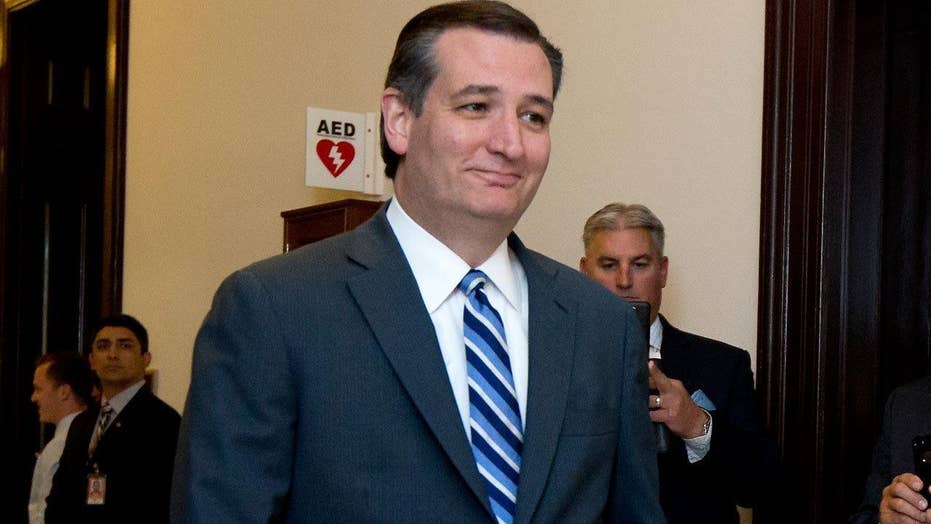 On 'Special Report,' James Rosen explains why the former Republican presidential candidate is not going away quietly

Texas GOP Sen. Ted Cruz on Saturday used his first speech since suspending his presidential primary campaign to tout his conservative principles on the economy and other key issues -- while neither mentioning presumptive GOP nominee Donald Trump nor a potential return to the race.

“Growth doesn’t come down from government. It comes from small businesses across the United States,” Cruz said at the Texas Republican Party convention in Dallas-Fort Worth. “When you get the boot of government off small businesses, jobs and economic growth take off.”

Cruz acknowledge being “disappointed” about having to suspend his campaign, after Trump’s commanding May 3 primary win in Indiana. However, he appeared unwavering in his beliefs, also calling for the repeal of ObamaCare, as he has done in Congress and did on the campaign trail.

Cruz has left open the small possibility that he might return to the race, saying Tuesday morning before the Nebraska primary that he had no path to victory but that his campaign would “respond accordingly” if “that changes.”

However, by late afternoon, upon returning to his Senate office and talking to reporters, Cruz sounded more resigned to making his voice heard on Capitol Hill.

Once friendly, Cruz and Trump clashed bitterly before Cruz suspended his campaign. He hasn't since endorsed Trump nor called for the party to rally around the billionaire businessman.

On Saturday, Cruz also said the movement of freedom-loving patriots is "far more important than one candidate."

He said "we may face some challenges ahead" but that the conservative movement "will be the remnant, will be the core" that can pull "this country back from the abyss."