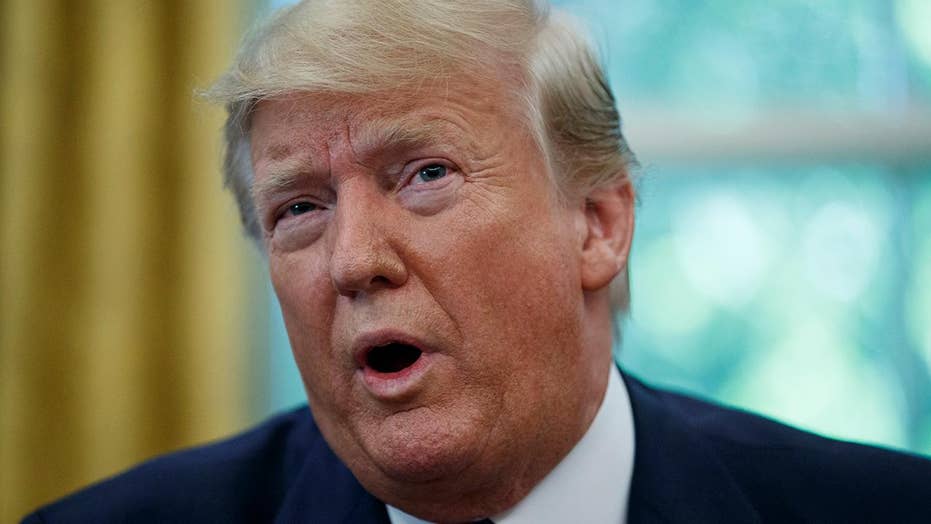 A high-ranking Justice Department lawyer told a federal judge on Wednesday that the Trump administration has not abandoned efforts to add a citizenship question to the 2020 census after all, just one day after the Census Bureau said it would start the process of printing the questionnaire without the query.

Assistant Attorney General Joseph Hunt said there may yet be "a legally available path" under last week's Supreme Court decision that blocked the question, at least temporarily. The Supreme Court left open the possibility that additional arguments could change its mind.

Hunt made his comments on a conference call with U.S. District Court Judge George Hazel Wednesday afternoon, following a tweet from President Trump insisting that efforts to include the citizenship question would proceed in earnest. Hazel said on the call that he had seen the tweet and wanted answers, and for the situation to be resolved by Friday afternoon.

"The Departments of Justice and Commerce have now been asked to reevaluate all available options following the Supreme Court’s decision and whether the Supreme Court’s decision would allow for a new decision to include the citizenship question on the 2020 Decennial Census," the DOJ said Wednesday in a letter to another federal judge in New York, without elaborating on who precisely made the request.

TRUMP SLAMS 'FAKE' REPORTS THAT CITIZENSHIP QUESTION FIGHT IS OVER

The letter continued: "In the event that the Commerce Department adopts a new rationale for including the citizenship question on the 2020 Decennial Census consistent with the decision of the Supreme Court, the Government will immediately notify this Court so that it can determine whether there is any need for further proceedings or relief."

The Justice Department had insisted to the Supreme Court that it needed the matter resolved by the end of June because it faced a deadline to begin printing census forms and other materials.

In a tweet on Tuesday, Daniel Jacobson, who worked in the White House Counsel’s Office under President Barack Obama, said a trial attorney at the Justice Department told him that "the printer has been instructed to begin the printing process" without the citizenship question.

Top Democrats, including House Speaker Nancy Pelosi and House Oversight Committee Chairman Elijah Cummings, D-Md., sounded celebratory notes. And in a statement to Fox News, Commerce Secretary Wilbur Ross appeared to concede that the census would not include a citizenship question.

“I respect the Supreme Court but strongly disagree with its ruling regarding my decision to reinstate a citizenship question on the 2020 census," Ross said. "The Census Bureau has started the process of printing the decennial questionnaires without the question. My focus, and that of the bureau and the entire department, is to conduct a complete and accurate census.”

But earlier Wednesday, Trump abruptly declared that his administration was continuing its effort to include a citizenship question.

“The News Reports about the Department of Commerce dropping its quest to put the Citizenship Question on the Census is incorrect or, to state it differently, FAKE!” Trump tweeted on Wednesday. “We are absolutely moving forward, as we must, because of the importance of the answer to this question.”

"It’s the lawyers advising him. @realDonaldTrump should ignore them," Texas Rep. Chip Roy wrote on Twitter on Tuesday. "Completely. Print the census with the question - and issue a statement explaining why - 'because we should.' Done."

The Supreme Court, in its ruling last week, did not prohibit a citizenship question out of hand but dismissed the administration's provided rationale as insufficient. Civil rights groups argued that the Trump administration's reasons for including the question were merely pretextual efforts to discourage illegal immigrants from responding to the Census.

Kristen Clarke, president and executive director of the Lawyers’ Committee for Civil Rights Under Law, told Fox News on Tuesday that the Supreme Court was unlikely to change its mind. Clarke's team successfully challenged the Trump administration on the use of the citizenship question in federal court in California, and was one of several groups to bring such lawsuits.

“The Supreme Court’s ruling left little opportunity for the administration to cure the defects with its decision to add a citizenship question and, most importantly, they were simply out of time given the impending deadline for printing forms," Clarke said.

Population counts from the Census are used to apportion House seats among the 50 states, and a new electoral map based on the Census will be in effect for the 2024 presidential election. States receive votes in the Electoral College equal to the number of members in their congressional delegation, counting both House and Senate seats.