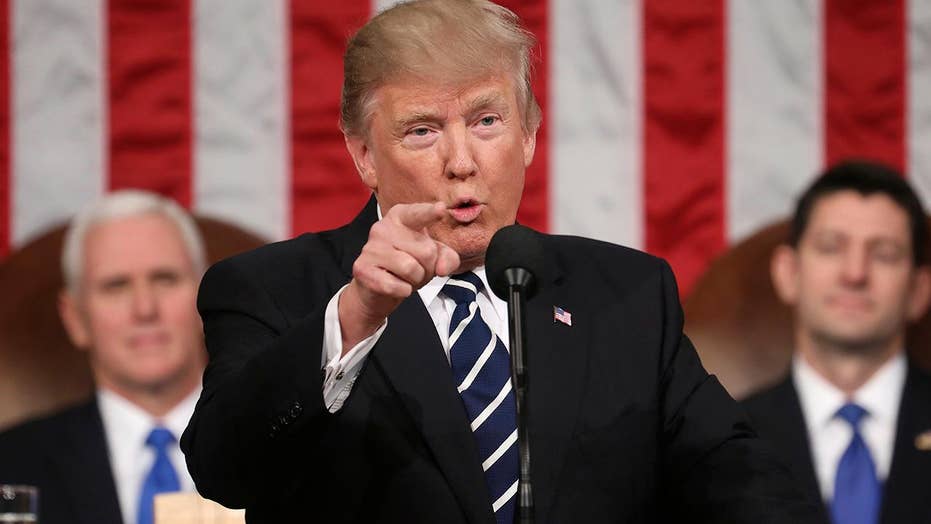 President Donald Trump is expected to take something of a victory lap Tuesday when he makes his first State of the Union address, where officials say he will hail a “roaring” American economy and promote policies for building a “safe, strong, and proud America.”

A senior administration official who briefed reporters Friday said that the address would be bipartisan, optimistic and “forward-looking,” and will cover at least five topics: jobs and the economy, infrastructure, immigration, trade and national security.

The speech will attempt to show that the American people had every right to be optimistic when Trump took office last year. Officials hope that it will allow Trump to communicate unfiltered to Americans about why his policies are part of a common-sense agenda.

The speech comes at the end of a tumultuous first year for Trump, but one that has seen some victories as of late. Among these is a strong economy boosted by a tax cut signed into law by Trump in December. That cut has also seen a host of companies give significant bonuses to their employees, and that is before many workers will see tax cuts take effect in February.

His remarks will come shortly after a speech at the World Economic Forum in Davos, Switzerland, where he declared America “open for business” and hailed the economic achievements of his first year.

"There has never been a better time to hire, to build, to invest and to grow in the United States," he said Friday. "America is open for business and we are competitive once again.

In his remarks on Tuesday, Trump is expected to push a “peace through strength” philosophy when it comes to the military, outlining efforts to fight terrorism and deal with North Korea. He is also expected to call for immigration reform and a $1 trillion infrastructure package.

But in the face of what the administration has decried as biased media coverage, officials said that the president will talk about his accomplishments for the year. They said it may well surprise some people to hear how much has been accomplished.

Rep. Joe Kennedy III, D-Mass., a member of one of America’s most prominent political families, is taking the national stage to give the Democratic response to the speech.