questeRecount off to slow start in Florida as deadline looms

After days of delays, the recount in Broward County, Florida, officially began Tuesday morning. In the 40 hours that preceded it, not a single vote had been counted because officials were busy sorting ballots, and calibrating and testing machines. Down the road in Miami-Dade County, which is also dealing with a recount, workers were more than halfway finished and on track to meet Thursday’s 3 p.m. deadline.

This year, Florida’s all-too-familiar election recount is not only about deciding winners and losers, but highlights the dramatic difference in efficiency and trust in Broward – a largely Democratic county that has a history of election missteps.

“It would have been both surprising and shocking if they had actually started it on time and completed it on time,” Cathy Lerman, principal of the Lerman Law Firm in Florida, told Fox News.

The state has been back in the middle of a familiar nightmare after a recount was ordered in three races. Florida law mandates that any election decided by 0.5 percent or less will trigger a recount. Three in the Sunshine State fit the bill with two – the race for U.S. senator and governor – being in the national spotlight.

The undecided races include the state’s Senate race, which pits incumbent Sen. Bill Nelson, a Democrat, against Gov. Rick Scott, a Republican, and the gubernatorial race between Democrat Andrew Gillum and Republican Ron DeSantis.

In Broward County, elections staff sorted through more than 3.5 million pages of ballots before they actually started the recount – a task Joseph D’Alessandro, director of election planning and development, estimated would take around 35 hours to complete.

Much of the blame for the slowness has fallen on Supervisor of Elections Brenda Snipes, whose oversight of the election has come under attack by both Republicans and Democrats, not to mention the protesters camped outside the Lauderhill recount site for the fifth day in a row.

Protesters carried signs that read, “Corrupt Snipes!!! Lock Her Up!” “Busted Brenda” and “I trust (Michael) Avenatti more than Brenda!” while shouting at election officials, counter-protesters and the news media.

“Brenda needs to be fired! She needs to go! GOOOOOOOOOOOOOOOO!” screamed Lois Healy, a New Jersey retiree living in southern Florida. “She can’t hide from us! I hate that woman.”

Another yelled into a bullhorn, “Supervisor of corruption! Show your face!” 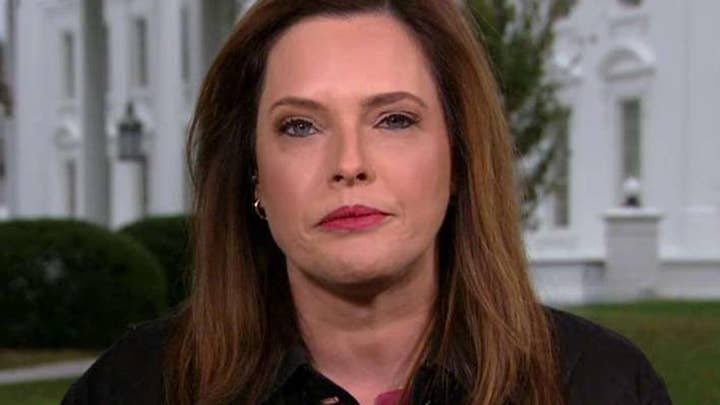 Snipes has received threats of violence and harm, and a source in her office tells Fox News she has requested that deputies give her rides home at the end of the night. There are also reports that she and Palm Beach County Elections Supervisor Susan Bucher have been "doxxed," which is to say that their home addresses and pictures of their home have been published on the Internet. Information about the doxxing and the group thought to be responsible has been turned over to the FBI.

President Trump also sounded off on the recount Tuesday. He tweeted, “When will Bill Nelson concede in Florida? The characters running Broward and Palm Beach voting will not be able to “find” enough votes, too much spotlight on them now!”

On Monday, Trump said Florida ballots from the midterm election were “massively infected,” but did not provide details on the allegation.

Snipes brushed off the criticism as uninformed when reporters asked her about Trump’s remarks.

“I don’t know where the president gets his information,” she said.

Despite the amount of work still ahead, Snipes said she is confident the Broward recount would get done by Thursday.

Lerman doesn’t think it will happen and believes something more sinister is at play.

She said the Broward County Supervisor of Elections Office is “stalling the recount on purpose so that they can cover their tracks and make sure that the recount reflects the result they want to achieve.”

She added, “The entire voting process in Broward is corrupt. We need to remove everyone from SOE and replace them with competent, honest representatives and then we need to do a re-vote of the August and November elections.”

Broward election officials haven’t been doing much to take the heat off of them and, admittedly, the entire process got off to a slow start.

The recount was supposed to begin at 7 a.m. Sunday. That didn’t happen. The machines started sorting ballots, which are between four to seven pages depending on the city, at 11:23 a.m. There was also a three-plus hour delay set in motion by a series of glitches in 10 machines. The “logic and accuracy” tests failed repeatedly.

When election officials said that both parties could send a technical expert into the room where the tests were being run, Fort Lauderdale attorney Mitchell Berger, a well-known Democrat, announced, “I use a computer. I’m going back.”

The scene was much different in Miami-Dade County. Anticipating a recount, Supervisor of Elections Christina White began prepping within 48 hours of the polls closing.

“We are going into three possible statewide recounts,” Christina White said during a Thursday afternoon meeting of the panel that oversees the county’s elections. “What I would like is to have the canvassing board allow my department to take whatever preparations are necessary to staff and get ready for that recount.”

When she was given the green light, White, a 16-year county employee, instructed her staff to start separating the first page of more than 800,000 ballots cast in Miami-Dade Thursday evening. When the state officially declared a recount Saturday, the county was able to start processing the already-separated ballots within hours.

“I think the contrast is pretty clear,” said Alex Penelas, a Democrat and former mayor of Miami-Dade, told the Miami Herald. “There’s a stark comparison. It’s Miami-Dade versus Broward.”

As Broward and Miami-Dade work toward meeting Thursday’s deadline, other issues have popped up in Florida.

Elections Supervisor Mark Andersen in heavily Republican Bay County told the Miami Herald on Monday that he allowed about 150 people to cast ballots by email, which is illegal under state law. The county was devastated by a Category 4 hurricane in October, and Gov. Scott ordered some special provisions for early voting there.

Manatee County, south of Tampa Bay, had to restart its recount Monday because a needed button on the machine wasn’t pushed. The error was caught after about a quarter of the county’s nearly 165,000 votes had been recounted, said Michael Bennett, the county’s Republican elections supervisor. It shouldn’t, however, affect the county’s ability to meet Thursday’s deadline.

In Palm Beach, Elections Supervisor Susan Bucher said the county’s 11-year-old tallying machines aren’t fast enough to complete the recount by Thursday. The county is doing the Senate race first and will then do the governor. If the deadline is not met in a race, the results it reported last Saturday will stand.