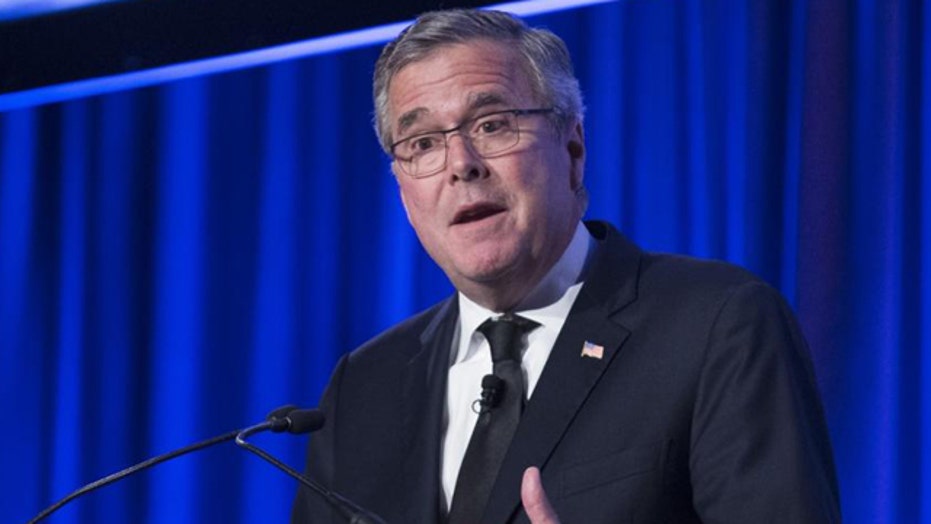 Who to watch for in 2016 presidential race

Republicans have the Senate majority now and are set to challenge President Obama and the Democrats on Capitol Hill this January. But a much tougher election map two years from now could force the GOP back into the minority.

In November 2016, Republicans will defend 24 seats, Democrats 10. Seven of the GOP seats are in states President Barack Obama won with 50 percent or more of the vote in 2012.

It's a stark reversal from this past November, when Democrats were the ones contending with a brutal map, including candidates running in seven states Obama had lost. Democrats were crushed on Election Day, losing nine seats and their Senate majority.

It will be a tough climb for Democrats to make up those losses, and there's no guarantee they will. But coming off November's trouncing, Democrats sound eager about their chances in states such as Wisconsin, Pennsylvania and Illinois, while Republicans are preparing more to defend past victories than try to score new ones.

"There's no doubt about it, it's going to be a bigger challenge than 2014," said Sen. Ron Johnson of Wisconsin, among the Republicans at the top of the Democrats' pickoff list. "But I think we have a really good opportunity here in the next couple years. We will reach out to the other side. I think Americans, Wisconsonites, will find out that we're not the party of `no.' "

Sen. Brian Schatz of Hawaii, one of the Democrats likely to be safely re-elected in 2016, said his party already is eyeing a path to retake control of the Senate. Democrats would have to gain a net of four seats if there's a Democrat in the White House -- because the vice president can cast tie-breaking votes in the Senate -- or five if the GOP wins the presidency.

"Picking up four or five seats is no small task, but we are certainly in a position to do so," Schatz said. "The electorate is going to be different and I think Democratic elected officials and candidates and most importantly voters are going to be excited for a presidential race, and we're excited to play offense."

It's too soon to say what new issues may arise in the next two years or how strong the economy will be. But presidential elections can favor Democratic congressional candidates by increasing turnout of young and minority voters, and Democrats will not have to spend time distancing themselves from an unpopular incumbent.

Operatives in both parties are looking at many of the states Obama won in 2012, plus a few others, as the most contested places in 2016 where Democrats could try to defeat Republicans. In addition to Wisconsin, Pennsylvania and Illinois, the list includes New Hampshire, Ohio, North Carolina and Florida.

Democrats are concerned mainly about defending seats in Colorado and Nevada, where Senate Democratic leader Harry Reid faces what could be a bruising re-election fight if he seeks a sixth term.

Some analysts and Republican strategists say that as tough as the map looks for the GOP, there are some factors in the GOP's favor. Republicans have strong incumbents in Democrat-friendly states, such as Kelly Ayotte in New Hampshire, Rob Portman in Ohio, and Marco Rubio in Florida, if he runs for re-election rather than the presidency.

The GOP's strong showing in November gave them breathing room with a 54-seat majority, making it that much harder for Democrats to make up the difference. States such as New Hampshire or Illinois may be easier for Republicans to defend than strongly GOP-leaning Arkansas, Louisiana and others were for the Democrats this year.

"In the face of what can seem to be a very steep climb for the Republicans you really have to look at each individual race and ask yourself about the vulnerability of each of those candidates," said Ross Baker, a political science professor at Rutgers University. "These Republicans are pretty skillful politicians. I don't see Kelly Ayotte as a particularly easy mark for the Democrats."

Sen. Roger Wicker, R-Miss., who will lead the National Republican Senatorial Committee through 2016, acknowledged a "difficult map." But, he added, "You take them one by one and I feel very, very good about it."

"The main thing that helps our candidates is, state by state, the fact that they've tended to business, they've been diligent legislators and taken care of the home folks," Wicker said.

Republicans' fortunes may depend in part on how the newly GOP-controlled Senate functions and whether incoming Majority Leader Mitch McConnell of Kentucky can advance legislation or gets hamstrung by the tea party faction in his caucus led by Sen. Ted Cruz, R-Texas, another potential White House candidate.

"The key question is will the Republicans want to work with us or will the tea party pull them too far over," said Sen. Chuck Schumer, D-N.Y.