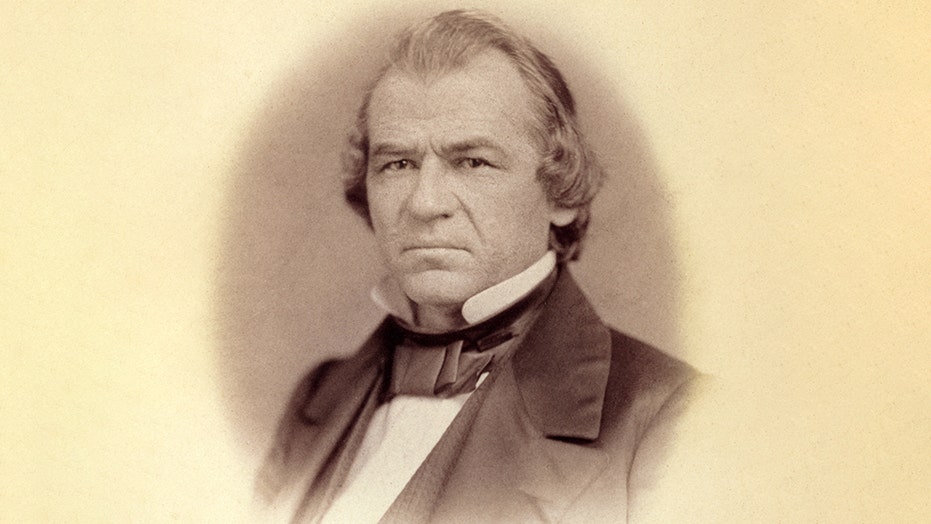 Andrew Johnson was the first U.S. president to face impeachment proceedings, narrowly avoiding a conviction at his Senate trial during one of the most divisive periods in American history.

Johnson faced 11 articles of impeachment. Nine of the articles were related to his sacking of War Secretary Edwin M. Stanton, which violated the Tenure of Office Act. (President Trump, who is in the midst of his own Senate trial after having been impeached by House lawmakers for his dealings with Ukraine, currently faces two articles of impeachment.)

A House vote made him the first U.S. president to be impeached.

The 1865 assassination of Abraham Lincoln elevated Johnson, a Democrat from Tennessee, from vice president to president, making him the leader of a nation still reeling from the Civil War. His tenure was tumultuous, and he clashed with Congress over his lenient Reconstruction policies that did little to encourage Southern states to treat freed slaves as equals.

Andrew Johnson narrowly escaped a Senate conviction after being impeached by the House for unlawfully trying to replace his war secretary.  (Portrait by Julian Vannerson/ Library of Congress)

The Republican-controlled Congress passed the Tenure of Office Act, overriding Johnson's veto. The bill required the Senate to approve the president's removal of the cabinet members he'd appointed.

Johnson violated the law when he replaced Stanton with Union hero Gen. Ulysses S. Grant. Stanton had become a key figure in pushing back on Johnson's policies.

When Congress reinstated Stanton, Johnson fired him anyway, prompting Stanton to barricade himself in his office. The House impeached Johnson several days later by a 126-47 vote. Over 11 weeks, he was tried in the Senate and was narrowly acquitted by a 35-19 vote, one vote shy of the two-thirds majority required for a conviction.

Johnson, Bill Clinton and Donald Trump are the only American presidents to be impeached. Richard Nixon resigned before the House could vote on his impeachment. Like Johnson, Clinton was also acquitted by the Senate.

In 1926, the Supreme Court invalidated the Tenure of Office Act.