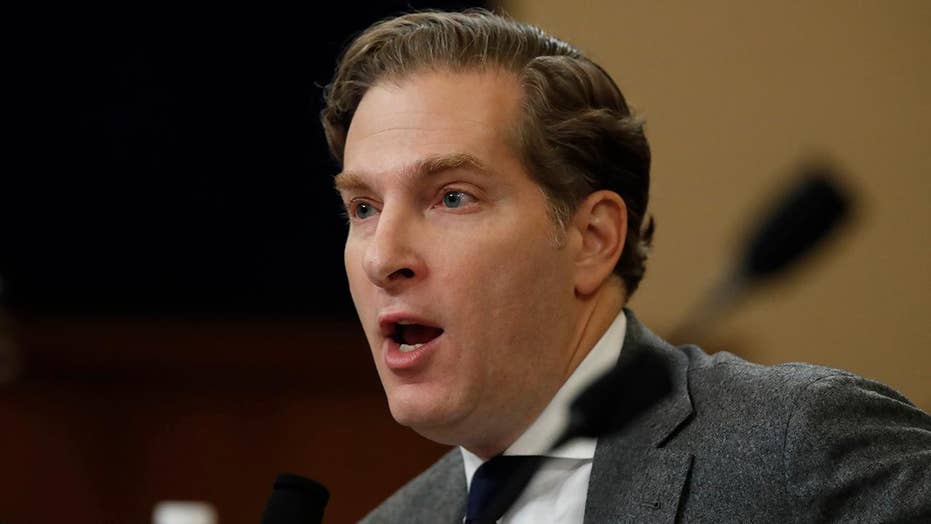 Harvard Law professor on supporting impeachment: Someday we'll have to answer to the framers in the afterlife

Harvard law professor Noah Feldman, when asked by the House Judiciary Committee why he supports impeaching President Trump, says someday we will have to answer to Hamilton and Madison in the afterlife.

Harvard Law Prof. Noah Feldman's testimony during Wednesday's impeachment hearing took a turn for the mystical Wednesday afternoon, when he seemed to claim that impeaching President Trump was necessary so that lawmakers would be able to answer to Alexander Hamilton and James Madison when they bump into them in the afterlife.

Feldman was fielding questions from attorney Norm Eisen, who questioned witnesses at the behest of House Judiciary Committee Chairman Rep. Jerrold Nadler, D-N.Y., when he claimed that Trump's actions were exactly what the framers of the Constitution forewarned.

"It's very unusual for the framers' predictions to come true that precisely, and when they do we have to ask ourselves. Some day, we will no longer be alive, and we will go wherever it is we go, the good place or the other place, and we may meet there Madison and Hamilton," Feldman suggested. "And they will ask us, 'When the president of the United States acted to corrupt the structure of the republic, what did you do?' And our answer to that question must be that we followed the guidance of the framers, and it must be that if the evidence supports that conclusion, that the House of Representatives moves to impeach him."

Immediately prior to the morbid warning, Feldman claimed he had been an "impeachment skeptic" when Robert Mueller's Russia report came out. But he said that changed after President Trump's July 25 phone call with Ukrainian President Volodymyr Zelensky that resulted in the impeachment inquiry due to suspicion that the president sought help in investigating political rivals.

His past social media activity, however, suggests otherwise. On March 7, 2017, less than two months after Trump took office, Feldman penned a Bloomberg piece that claimed Trump risked impeachment over tweets he posted accusing President Obama of tapping his phones.