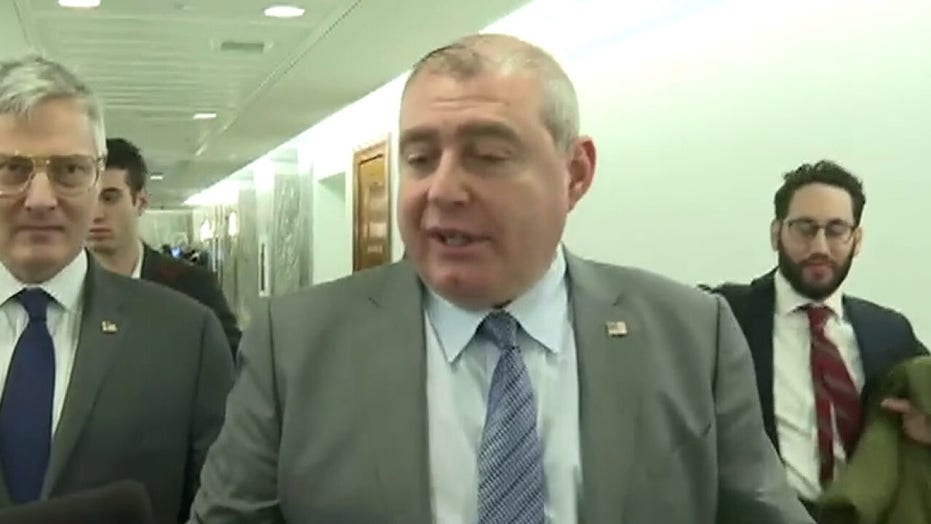 President Trump's impeachment trial continued Wednesday with a media spectacle as Lev Parnas, an indicted Rudy Giuliani associate, showed up at the Capitol volunteering himself as a trial witness to senators.

“Call me,” Parnas said as he arrived on Capitol Hill.

Parnas said he came to Washington to make the case for witnesses in the impeachment trial and urged Republicans to vote in favor of allowing more evidence rather than ending the trial on Friday.

Free on bail on federal criminal charges in Manhattan, in recent weeks Parnas started a media tour that's created headaches for the White House and Trump allies. He released a trove of documents and texts to House impeachment investigators, including a handwritten note that mentions the president of Ukraine: “Get Zalensky [sic] to announce that the Biden case will be investigated.”

Parnas then told MSNBC’s Rachel Maddow that “Trump knew exactly what was going on” with his dealings with Giuliani in Ukraine to hurt Joe Biden.

In the spotlight again on Wednesday, Parnas said he wants the full story to come out.

“I’m running on adrenaline,” Parnas said. “So far God’s been great. The truth has come out. I think the next step is to call John Bolton, call me. The rest will come out.”

A crowd of media and onlookers gathered around Parnas when he arrived at D.C.'s Union Station by train Wednesday morning and walked to the Capitol to pick up a ticket to impeachment provided by Sen. Charles Schumer, D-N.Y.

But Parnas is expected to be locked out of the Senate chamber altogether because the GPS monitoring device on his ankle violates the no-electronics rule in the Senate.

Schumer said he gave Parnas tickets just like he would his constituents.

“His lawyer called us up and asked for tickets, like many New York constituents, and we said you can get tickets — we give them out to New Yorkers who’ve asked," Schumer said. "I'm not sure if Parnas would be allowed in because of the electronics around his ankle.”

Parnas said he made the trip because the country isn’t getting the full story on the impeachment trial.

“The truth needs to get out and I think it’s extremely important for our country to hear witnesses because of what’s going on,” he said.