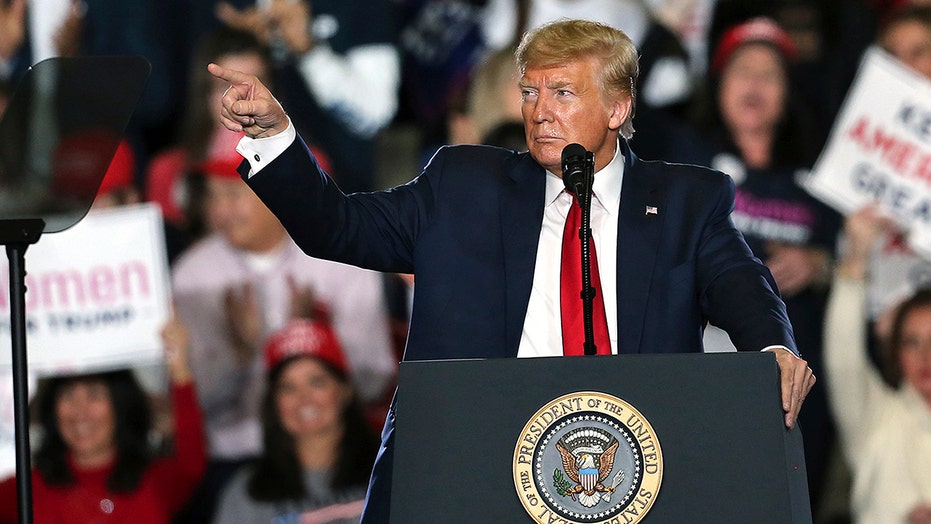 The question phase of the Senate impeachment trial of President Trump kicks off at 1 p.m. ET Wednesday with senators getting their first chance to weigh in formally on the six days of opening arguments they’ve sat silently through.

The 100 senators can't pepper the lawyers with questions, however, and can only submit their requests in writing to Chief Justice John Roberts.

Sworn in as “impartial” jurors in the trial, the senators will direct their questions to either the House impeachment managers or to Trump’s defense team. Roberts will read the questions aloud and he can identify the questioners, like what was done in former President Bill Clinton’s trial 20 years ago.

Both the House managers and Trump’s defense say they’re prepared for an array of questions and are ready to answer from the well of the Senate chamber. There's no official time limit, but Roberts said he'll limit the lawyers to five minutes.

After sitting through marathon impeachment statements, expect some senators to use this question time to go on offense.

Sen. Josh Hawley, R-Mo., wants to question Rep. Adam Schiff, D-Calif. on whether his office coordinated with the whistleblower in filing the complaint while telling the public otherwise.

“Why did Manager Schiff lie?” is one of Hawley’s prepared questions.

Hawley also wants to ask Democratic prosecutors whether former President Barack Obama was aware that Hunter Biden was appointed to the board of Burisma and, if so, did Obama ask his vice president to recuse himself from foreign policy dealings in Ukraine. Hunter Biden's Burisma role was related to what Trump asked Ukraine to investigate last year, eventually prompting the complaint that would lead to impeachment.

Democrats and Republicans will alternate questions. Senators can work together to submit a group question, too.

The question period can take no longer than 16 hours and will run through Wednesday and Thursday.

The big wildcard is Friday, when senators will vote on whether to open up the trial to new witnesses and evidence.

Democrats have been pressing for former National Security Adviser John Bolton to testify under oath, especially given allegations in a draft of his unpublished book manuscript that Trump tied aid to Ukraine to investigations into the Bidens. They also want to hear from acting White House chief of staff Mick Mulvaney, Mulvaney’s senior adviser Robert Blair, and associate director for national security programs at the Office of Management and Budget Michael Duffey.

If the motion for witnesses succeeds on Friday, expect Republicans to press for a litany of other witnesses that Trump wants.

While Democratic leaders have panned the idea of bringing the Bidens to the trial, moderate Sen. Joe Machin, D-W.Va., signaled an openness on Wednesday.

Asked on MSNBC’s “Morning Joe” whether Hunter Biden is a relevant witness, Manchin said: “I think so, I really do.”

But Sen. Chuck Schumer, D-N.Y., said he's not making deals with the GOP on a witness swap.

"We're not bargaining with them. We want four witnesses and four sets of documents. Then the truth will come out. If they want to call their other witnesses, fine, " Schumer said.