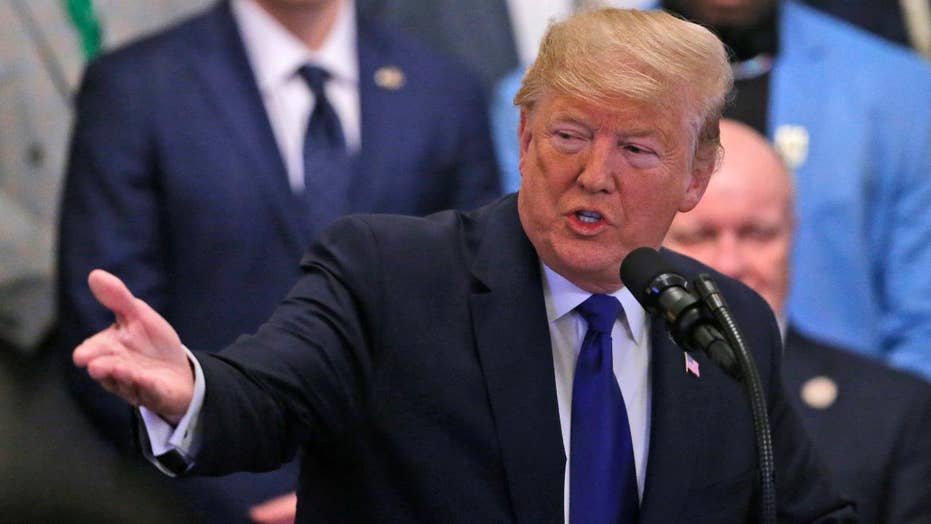 Rep. Jason Crow, D-Colo., one of the seven Democratic impeachment managers prosecuting President Trump before the Senate, accused Trump of attempting to commit bribery in his dealings with Ukraine, but when asked why this was not one of the articles of impeachment, he did not appear to have an explanation.

Bribery is one of the specific offenses mentioned in the Constitution’s discussion of impeachment. The House impeached Trump for alleged abuse of power -- itself is not a statutory crime – and obstruction of Congress, but Crow insisted Sunday that the president was still guilty of attempted bribery.

“Yeah, specifically he did attempt to bribe and coerce a foreign government official, in this case, the president of Ukraine,” Crow told CNN's "State of the Union."

“Then why isn’t that an article?” asked host Brianna Keilar.

“You know we have to look at the entire context of what happened here,” Crow responded. “That’s what this is about. This is about the abuse of power, it’s about jeopardizing our national security, our troops, it’s about undermining our free and fair elections. You know, the broad context of the pattern of this president is what’s really important, and that’s why we proceeded with impeachment.

Keilar pointed out that the House could have gone with both abuse of power and bribery if they believed the facts supported it, and that one of Trump’s attorneys, Alan Dershowitz, plans on arguing that abuse of power itself is not sufficient grounds for impeachment.

When asked if it was a mistake not to include a bribery article, Crow stated, “No, absolutely not.”

Dershowitz appeared earlier in the program and put forth what he said was perhaps “the most important argument” that will be made when he appears on the Senate floor.

“Even if everything that is alleged by the house managers is proven or taken as true, they would not rise to the level of an impeachable offense,” Dershowitz said earlier in the program, recalling that when President Andrew Johnson was impeached, it was successfully argued that only conduct prohibited by criminal law was intended by the framers of the Constitution to be impeachable.