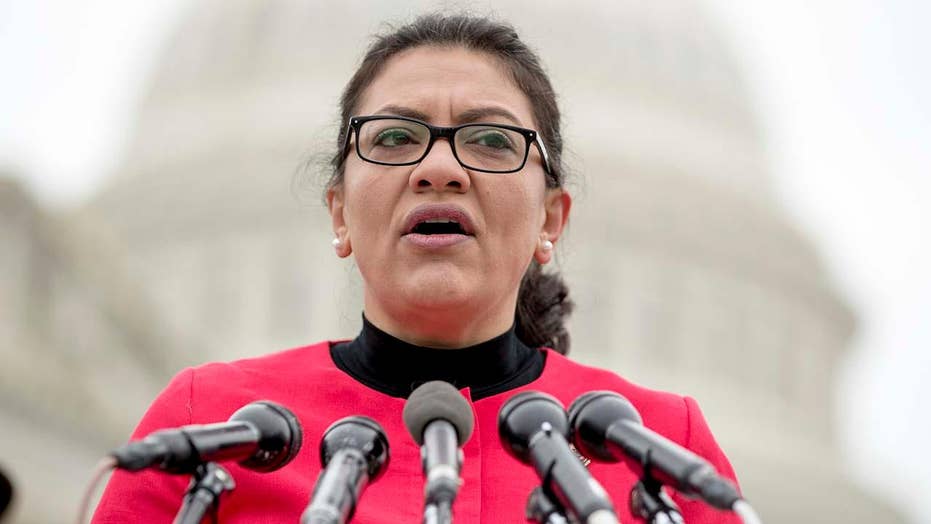 Rep. Ilhan Omar, D-Minn, defended her colleague, Rep. Rashida Tlaib, D-Mich, from criticism over controversial remarks about the Holocaust, insisting that the backlash is "designed" to "silence" Muslim voices.

Appearing on MSNBC, Omar said that she and Tlaib, whom she referred to as " my sister," have the "strength to endure any of the mischaracterization or efforts to distort and vilify and mischaracterize" their message.

"I think we are seeing what happens when people really see these kind of attacks for what they are. It is designed to silence, sideline, and sort of almost eliminate [the] public voice of Muslims from the public discourse," Omar told MSNBC host Chris Hayes. "I'm really excited that we have an opportunity to build alliances and push back and fight this attempt to marginalize our community's voice."

Republicans have condemned Tlaib for comments she made last week during a Yahoo News podcast interview, in which critics accused her of saying that the Holocaust gave her a "calming feeling." Tlaib's detractors also accused her of revisionist history by claiming that Palestinians welcomed Jews to the Middle East after World War II, when in fact Palestinian leader Grand Mufti Haj Amin el Husseini was an ally of Adolf Hitler and met with the Nazi dictator in 1941.

When asked what she has learned from her own controversial remarks, Omar sidestepped by pointing to the "threat" that Muslim and Jewish communities face from "people on the right wing who are fueling that hate."

"It is time for us to make sure that we don't allow for them to use any misunderstanding there might be to divide us [and] that we collectively work together against the collective hate that is coming from the right wing and white supremacy," Omar continued.