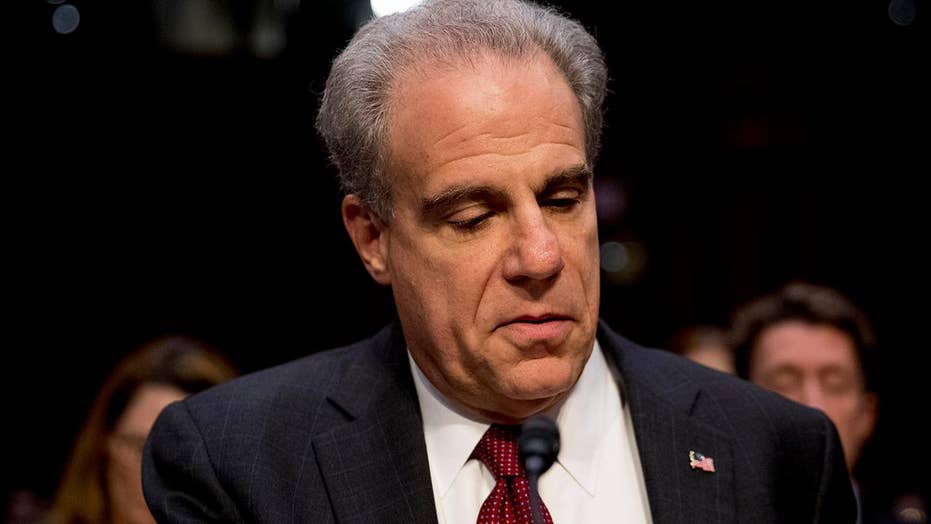 Justice Department Inspector General Michael Horowitz concluded in his long-awaited report on the FBI's Russia investigation that there was no evidence of political bias in the probe's launch — but he made clear during testimony before the Senate Judiciary Committee that this does not let anyone off the hook.

To the contrary, Horowitz said during Wednesday's hearing that while he did not make a determination as to motive, he is referring officials to the FBI and Department of Justice for further review.

"[O]ur final recommendation was to refer the entire chain of command that we outline here to the FBI and the Department for consideration of how to assess and address their performance failures," Horowitz said during his opening statement.

Horowitz also called for "individual accountability" for officials. He went into some specifics when committee Chairman Lindsey Graham, R-S.C., asked about an attorney who worked on the Foreign Intelligence Surveillance Act (FISA) warrant applications against former Trump campaign aide Carter Page, a key component of the IG's review.

Graham identified the attorney as Kevin Clinesmith, and brought up anti-Trump text messages he had sent in the past, including "Viva la resistance."

The attorney was found to have altered an email to say that Page had not been a CIA source, when in fact he had been working with them. This ultimately led to the FBI renewing the FISA warrant against Page while leaving exculpatory evidence out of their application.

"What motivated him to do that?" Graham asked.

"It is unknown as to precisely why he did it," Horowitz said, "but we reference in here the text messages you mention and we have not made a determination but rather, as we note in here, when we learned this we notified the Attorney General and the FBI Director and referred it to them."

Later in the hearing, when asked by Sen. Patrick Leahy, D-Vt., about the lack of evidence of political bias in the Russia probe, Horowitz made clear that this finding pertained more to the initiation of the investigation, not everything that happened afterward.

"It gets murkier, the question gets more challenging, senator, when you get to the FISA," Horowitz said.