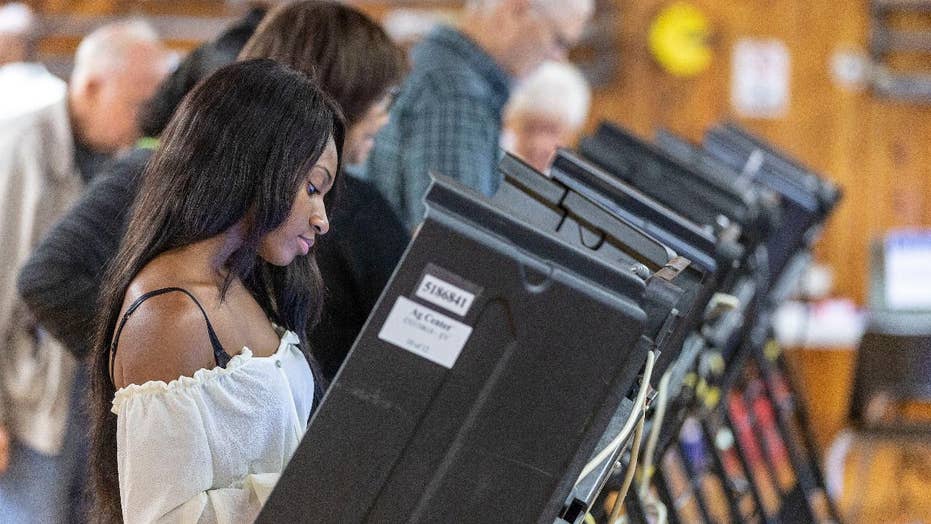 Four things jump off the page when one conducts a deep examination of this autumn’s midterm House elections:

Party insiders and analysts believe 15-18 Republican seats are gone, no matter what happens. Some seats are more “gone” than others. A good example of this is a seat held by former Rep. Patrick Meehan, R-Pa. The redistricted seat heavily favors Democrats by close to 30 points. Similar circumstances prevail in the district held by retiring Rep. Ryan Costello, R-Pa. One can locate other examples in New Jersey where Reps. Rodney Frelinghuysen, R-N.J. and Frank LoBiondo, R-N.J., are quitting, too.

Democrats have their Achilles Heel in these midterms, too.

It’s conceivable that Democratic candidates could rattle off lots of wins in Pennsylvania, New Jersey, New York, Virginia, California, Michigan, Illinois and Texas. But those Democratic “flips” could be offset by potential Republican pick-ups elsewhere.

Consider the seat currently held by Rep. Jacky Rosen, D-Nev. A House freshman, Rosen is abandoning that seat to challenge Sen. Dean Heller, R-Nev. Rosen narrowly won election to the House two years ago as Republican Danny Tarkanian - son of legendary UNLV basketball coach Jerry Tarkanian - held her below 50 percent. Democrats didn’t fare very well in many states in 2016. But Democrats excelled in Nevada. Still, President Trump carried Rosen’s district by a solitary percentage point. Tarkanian initially intended to challenge Heller. But Mr. Trump personally convinced Tarkanian to again run for the House, this time against Democrat Susie Lee. Tarkanian has run for the Senate and House without success over the years. That’s remarkable considering the credibility of his surname in Nevada. As we said earlier, just a handful of seats could determine control of the House. If Tarkanian finally wins and Republicans maintain control of the House by a whisker, experts will laud Mr. Trump’s decision to persuade Tarkanian to again run for the House versus the Senate. It could prove to be the shrewdest move of the entire campaign cycle.

Democrats must defend an open seat along the Iron Range of Minnesota. Rep. Rick Nolan (D-MN) is retiring after barely keeping the seat in Democratic hands the past several cycles. Republican Pete Stauber is running against Democrat Joe Radinovich. Hillary Clinton secured a scant 38 percent of the vote in this rural district two years ago. 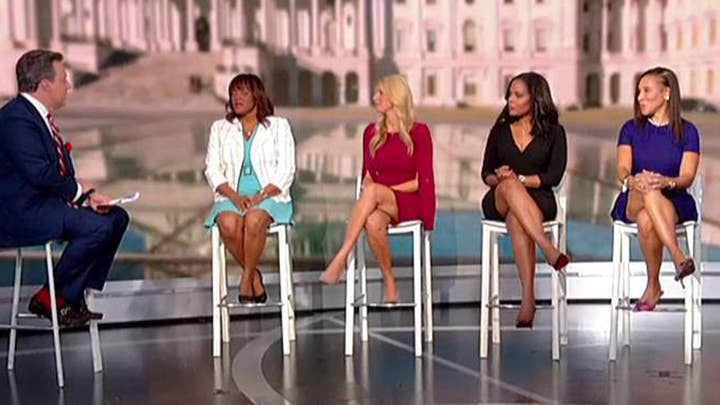 Then there is New Hampshire’s First Congressional District. This district is the most volatile in the nation. Rep. Carol Shea-Porter, D-N.H., switched it to Democratic control in 2006 and held it in 2008. But the seat has gone Republican in every midterm since – with Shea-Porter rallying to return to Washington in each presidential election. President Trump won this district by two percentage points even as Shea-Porter reclaimed the seat in 2016. Shea-Porter is retiring at the end of this term. Republican Eddie Edwards is up against Democrat Chris Pappas this fall.

In short, Democrats may make great gains elsewhere. But Democrats will fail to secure the majority if they lose seats like these.

There’s also another problem for Democrats in Florida.

Rep. Ileana Ros-Lehtinen, R-Fla., is retiring. She’s one of the most moderate Republicans in the House. Hillary Clinton won Ros-Lehtinen’s district by a staggering 19 points. Former Clinton Administration Health and Human Services Secretary Donna Shalala is the Democratic nominee and faces Republican Maria Salazar. Here’s the issue for Democrats: Democratic insiders have long expressed concern about Shalala’s performance in the district. At 77-years-old, a Shalala victory would make her the second-oldest House freshman in history. Democrats have also struggled to earn traction in that district among Latino voters. This is a district which should be a lock for Democrats on paper. However, it’s anything but.

There’s danger for Republicans, too.

GOPers who represent urban and suburban areas could find themselves on the wrong end of an anti-Trump backlash. This is why Reps. Andy Barr, R-Ken., Kevin Yoder, R-Kan, John Culberson, R-Texas, Pete Roskam, R-Ill., Mike Coffman, R-Colo., and French Hill, R-Ark., might struggle. Democratic victories in seats like these could propel Democrats to the majority.

That said, rural Republicans could benefit from a targeted bump after the bruising fight to confirm Supreme Court Justice Brett Kavanaugh. The Kavanaugh imbroglio ignited passions on both sides. An anti-Kavanaugh boost may help Democrat Jennifer Wexton defeat Rep. Barbara Comstock, R-Va., in the Washington, DC suburbs. But a pro-Kavanaugh spike could bolster Reps. Bruce Poliquin , R-Maine, and Claudia Tenney, R-N.Y., in districts where the President remains popular.

There are several districts which bear watching in this matrix:

If Democrats win even one of those races, that’s a signal Democrats will likely win the House.

Democrats don’t have to win all of these races. And there are plenty of pathways for Democrats to earn control of the House without winning any of those seats mentioned above. However, these seats are bellwethers. Turning any of them from red to blue could provide a clue as to which party will be in charge of the House next year.