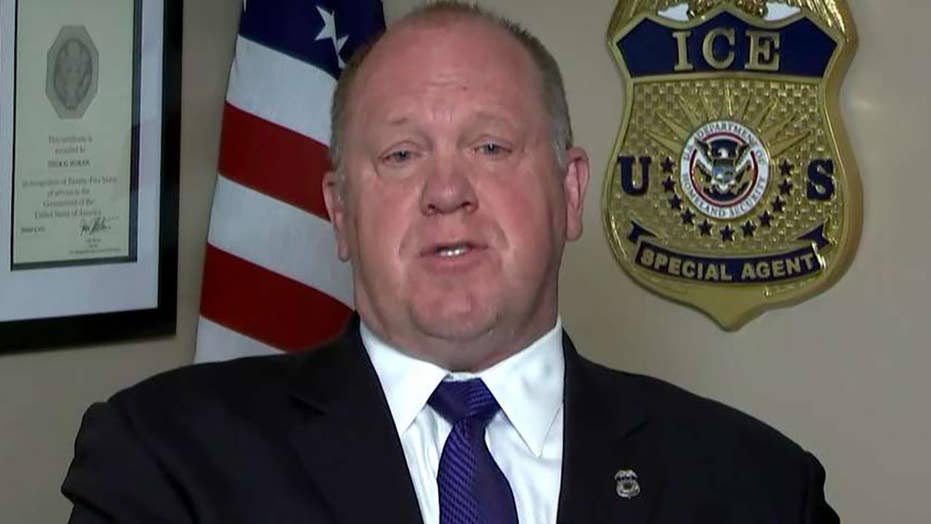 Tom Homan: Three things that can be done right now to help at the border

We have to stop relying on Congress to get things done and start acting on the operational level, former ICE Acting Director Tom Homan says.

President Trump asked Congress on Wednesday to provide $4.5 billion in emergency spending to fund increased measures in response to the “humanitarian and security crisis” at the U.S.-Mexico border.

However, former ICE Director Tom Homan said the president The request is sure to generate pushback from Democrats who refused to grant $8.6 billion of funding earlier this year for a border wall, resulting in a 35-day government shutdown.

"I don’t have any faith in Congress," he said. "Congress has failed this president since day one."

Homan suggested ICE begin clamping down on Central American migration, which has spiked to nearly double the apprehensions last year at 455,000 to date, by using operational tactics such as surging immigration judges to the border to handle new migrant cases to expeditiously detain and remove family units who are not granted U.S. asylum.

He also blamed Mexico for the high number of illegal border crossings, which exceeded 100,000 in March.

“Mexico needs to do more. They are not doing enough,” Homan said, reiterating Trump’s belief that criminal cartel groups within Mexico play a part in managing mass migration across the border.

The funding request asks for $3.3 billion for humanitarian efforts, which includes $2.8 billion to be allocated to child care services and additional shelter, including another 23,600 beds for unaccompanied children, $1.1 billion for border operations, and $178 million for mission support.

The request claimed Department of Health and Human Services funding at the border could run dry by June, and suggested HHS could be forced to “divert significant resources from other programs that serve vulnerable populations.”

Trump declared a national emergency in February after Congress refused to provide funding for the border wall, allocating $3.6 billion to his initiative. He also plans to budget $8.6 billion in 2020 to build the wall.