ICE arrests more than 2,000 illegal immigrants in raids across 24 cities

An Immigration and Customs Enforcement (ICE) deportation flight to Somalia -- which faced objections from Rep. Ilhan Omar, D-Minn., due to fears about the potential spread of COVID-19 -- included criminals with convictions for rape, murder and assault, the agency said in a letter to the congresswoman.

He also included a list of case backgrounds that he said “should give you reason to applaud the good work ICE has done to protect the American people, including the people of the State of Minnesota.”

Among those on the flight was a Somali national with a second degree murder conviction and another with convictions for rape, indecent liberties and communication with a minor for immoral purposes, ICE said.

Omar, along with human rights lawyers and advocates, had raised concerns about the flight to Somalia because of the potential spread of COVID-19. She has long opposed ICE's enforcement, and has been a key voice in the House in advocating for the agency to be abolished.

“Deporting immigrants during a pandemic is cruel -- but deporting immigrants infected with COVID-19 and exporting the virus to other countries is on an entirely different level of inhumane,” she tweeted. “ICE must be held accountable.” 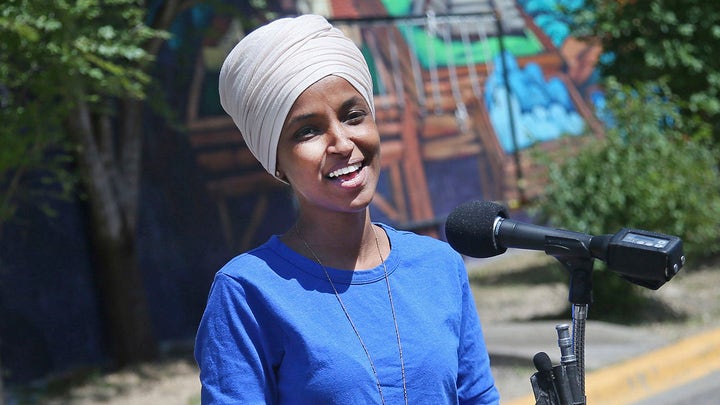 Roll Call reported that there were concerns that immigrants from Minnesota with deportation orders were moved to a facility in Louisiana -- where there have been 119 COVID cases since February.

In an interview with Roll Call, Omar noted that the Somali government has refused to take deportees who are positive for the virus.

“If ICE tries to deport people who don’t have recent negative tests, they’re violating their agreement with the Somali government,” she said. “The consequences could be absolutely catastrophic.”

In the letter to Omar, Pham said that ICE “does not generally remove aliens who are not fit for travel, which includes any detainee confirmed or suspected of having COVID-19.”

He listed the measures being taken by ICE, including temperature checks, recording the time and date of the check, and mask wearing during transport. Also, any deportee with symptoms or a temperature over 99 degrees is denied boarding and referred for further evaluation, he said. He also said that for countries that require a negative COVID-19 test, all deportees must have tested negative.

“ICE is cooperating with the Government of Somalia’s requirement to test all Somalia nationals being repatriated,” he wrote. “Any ICE detainee who fails to pass screening by a flight medical provider and/or is suspected of having a health condition potentially contagious to other detainees, staff and/or third parties is denied boarding and referred to an ICE-approved facility for further screening and evaluation.”