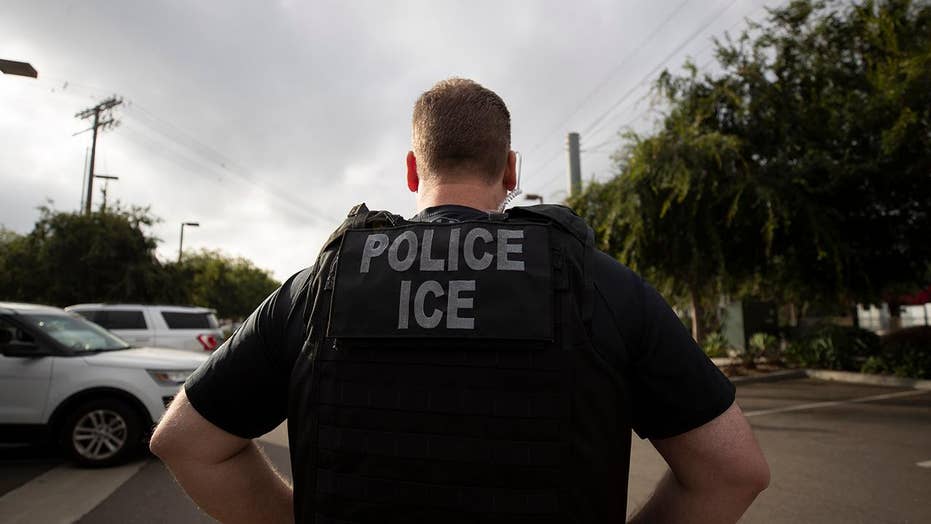 The Trump administration announced Tuesday that in a period of just over two months, U.S. Immigration and Customs Enforcement arrested more than 900 people who had remained in the country despite being ordered to leave.

A total of 934 people were apprehended during ICE operations that started on May 13, 2019. Notably, only 35 of those people were arrested - although 2,000 were targeted - during Operation Border Resolve, which had been criticized by Democrats as a controversial raid before it began last week.

The low number (compared to Operation Crosscheck, which resulted in 899 arrests between May 13 and July 11), could be explained by the publicizing of the operation and warnings from government officials in sanctuary jurisdictions aimed at protecting illegal immigrants.

The figures were first reported by The New York Times, and confirmed by Fox News.

“I don't know of any other population where people are telling them how to avoid arrest as a result of illegal activity," Acting ICE Director Matthew Albence told the Times. "It certainly makes it harder for us to effectuate these orders issued.”

More than 2,000 people across the country who had received final deportation orders had been targeted in the more recent operation. In the earlier operation that ended July 11, more than two thirds of those arrested had contacts with the criminal justice system, including 605 with prior convictions and 93 who were facing pending charges.

According to ICE, there are still approximately 1 million people in the U.S. who have received final orders of removal, although some are still appealing and are therefore not yet subject to deportation. The government has classified 576,000 people as fugitives who can be removed immediately, since they have either failed to comply with court orders or already exhausted their due process.

MCALEENAN: ICE NEEDS TO BE OUT IN COMMUNITIES, EXERCISING THEIR AUTHORITY

Acting Homeland Security Secretary Kevin McAleenan announced Tuesday that the department will be using a new designation for certain individuals subject to expedited removal. The classification will apply to those who entered the U.S. illegally and are apprehended within two years of their entry.

“The new designation adds one more tool for DHS—utilizing specific authority from Congress—to confront the ongoing security and humanitarian crisis on the Southwest border and throughout the country,” McAleenan said in a statement. “We are past the breaking point and must take all appropriate action to enforce the law, along the U.S. borders and within the country’s interior. This designation makes it clear that if you have no legal right to be here, we will remove you.”