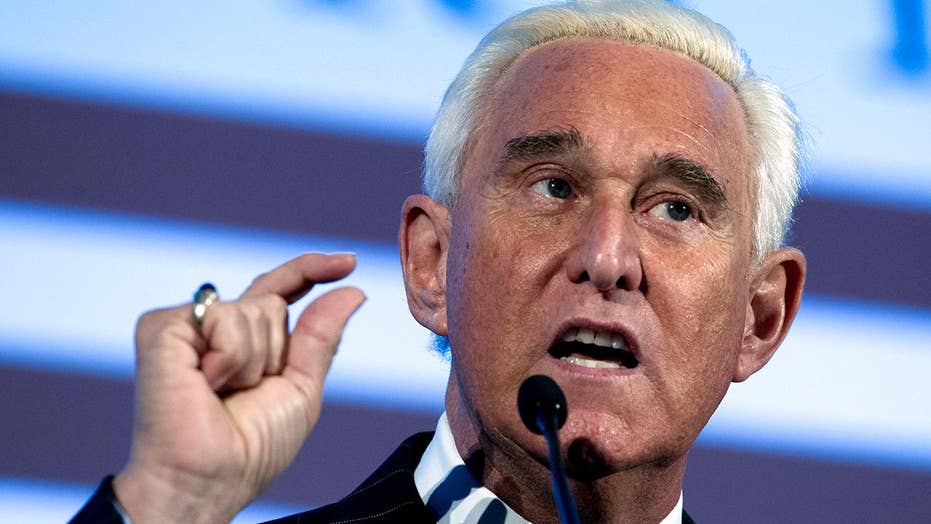 The self-proclaimed “dirty trickster” is well-known for his political antics and hardball tactics. He’s been reveled as a Washington wheeler-dealer dating back to the Nixon administration. Stone has also pushed several conspiracy theories and was an early and vocal supporter of Trump’s candidacy.

Read on for a look at what else to know about Stone.

He started off working for Nixon

When his school held a mock vote for the 1960 election, Stone was a fan then of John F. Kennedy.

“I remember going through the cafeteria line and telling every kid that Nixon was in favor of school on Saturdays,” he said. “It was my first political trick.”

Stone also worked as a consultant for Bob Dole’s 1996 presidential campaign but resigned after a National Enquirer story alleged he and his wife were searching for swingers. Stone initially said the ads were false but later admitted they were real.

Aside from Nixon and Dole, Stone also worked for Ronald Reagan and Jack Kemp.

He was once friends with Al Sharpton

Stone and Al Sharpton, a Democratic commentator and civil rights leader, met in the early 2000s and became friends, according to The Washington Post.

Stone later worked on his presidential campaign, even loaning it a substantial amount of money.

He was an early backer of Trump

Stone was one of Trump’s earliest political advisers, encouraging his presidential run. He briefly served on the 2016 campaign but was pushed out amid infighting with then-campaign manager Corey Lewandowski. However, he continued to communicate with Trump on occasion and stayed plugged into the circle of advisers – both formal and informal – who worked with and around Trump.

WHAT TO KNOW ABOUT MUELLER’S RUSSIA INVESTIGATION

Stone also worked as an adviser to Trump when he considered a presidential bid in 2000.

He has connections to WikiLeaks

According to Mueller’s indictment, many of Stone’s conversations during the campaign involved WikiLeaks. It lays out in detail Stone’s conversation about stolen Democratic emails posted by the group in the weeks before Trump won the election. Mueller’s office said those emails, belonging to Clinton campaign chairman John Podesta, were hacked by Russian intelligence officers.

The document says that by June and July 2016, Stone told senior Trump campaign officials that he had information indicating WikiLeaks had obtained documents that could be damaging to Clinton’s campaign.

WHO’S BEEN CHARGED BY MUELLER IN THE RUSSIA PROBE SO FAR?

After the July 22, 2016, WikiLeaks release of hacked emails from the Democratic National Committee, the indictment says a senior Trump campaign official “was directed” to contact Stone about additional releases and “what other damaging information” WikiLeaks had “regarding the Clinton campaign.” The indictment does not name the official or say who directed the outreach to Stone.

Stone previously denied accusations that he was aware of WikiLeaks' hacked email dump during the 2016 campaign. He was not charged for conspiring with the anti-secrecy website in his Jan. 25 indictment.

Another Trump campaign official cited in the indictment is Steve Bannon, who later became Trump's chief strategist in the White House. Bannon, referred to as a “high-ranking Trump Campaign official,” exchanged emails with Stone in October 2016 about WikiLeaks' plans for releasing hacked material. The indictment quotes from those emails, which had previously been made public by news outlets.

Stone and Paul Manafort, the jailed former campaign chairman, reportedly met through the College Republicans and later worked for Reagan together.

The pair, along with Charlie Black, later created a lobbying and consulting firm. Among their clients was Jonas Savimbi, the late Angolan political leader known for leading guerrilla warfare.