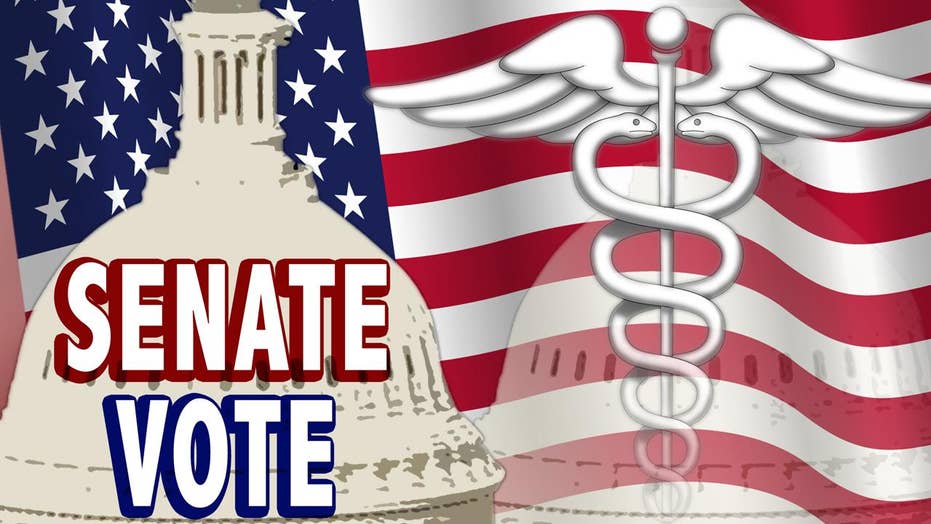 The battle over healthcare moves to the Senate

A group of House Republicans on Wednesday expressed “serious concerns” regarding the Senate’s health care bill, detailing in a letter to Senate Majority Leader Mitch McConnell that the bill must include the “crucial” items in the conservatives’ agenda – or risk losing the support of key party members.

The letter was signed by 28 members of the Republican Study Committee, a conservative caucus of House Republicans with more than 150 members.

“We write to express our serious concerns regarding recent reports suggesting that the Senate’s efforts to produce a reconciliation bill repealing the Affordable Care Act are headed in a direction that may jeopardize final passage in the House of Representatives,” stated the letter, addressed to McConnell, R-Ky., who plans to introduce the Senate's health care plan this week.

The letter acknowledged the “vigorous and robust debate” in the House during the crafting of lawmakers' repeal-and-replace plan, called the American Health Care Act, which passed the House in a 217-213 vote on May 4. The Senate’s process, however, has been behind closed doors, lacking in public hearings and discussion.

On Thursday morning, Senate Republicans held a closed-door meeting to learn about the "discussion draft" on health care, but have yet to release any legislative text.

The RSC letter outlined “four components” of the AHCA, which members feel are “crucial” to keeping support of the majority of congressional Republicans upon consideration of the Senate’s plan.

“First, the bill would immediately prohibit new states from receiving an enhanced federal share for expanding Medicaid and, for states that have already adopted Medicaid expansion, would phase out the federal share by 2020,” the letter stated, adding the second, that through the amendment introduced by Rep. Tom MacArthur, R-N.J., the bill would allow states to waive certain requirements imposed by ObamaCare in order to “achieve state goals of lower premiums, stable insurance markets, increased enrollment and improved choice of insurance plans.”

The third component is that the bill “repeals the new taxes” created by ObamaCare in the “most expeditious manner possible.”

The fourth “crucial” component the RSC letter outlined was the “important conservative commitment to promote life and protect the unborn.”

“The bill would prevent federal funding for one year for large abortion providers like Planned Parenthood, and the bill’s refundable tax credits could not be used to federally fund abortions,” the letter states.

The critical items RSC members outlined appeal to conservatives in the House, but McConnell reportedly is working on a more moderate plan.

“As the Senate continues its deliberative process, we urge you to carefully evaluate the American Health Care Act and consider the important roles these specific policies played in building consensus in the House,” the letter closed.

The Senate is expected to roll out its health care plan at the end of this week, and is pushing for a Congressional Budget Office score ahead of a vote before the week-long July 4 recess.