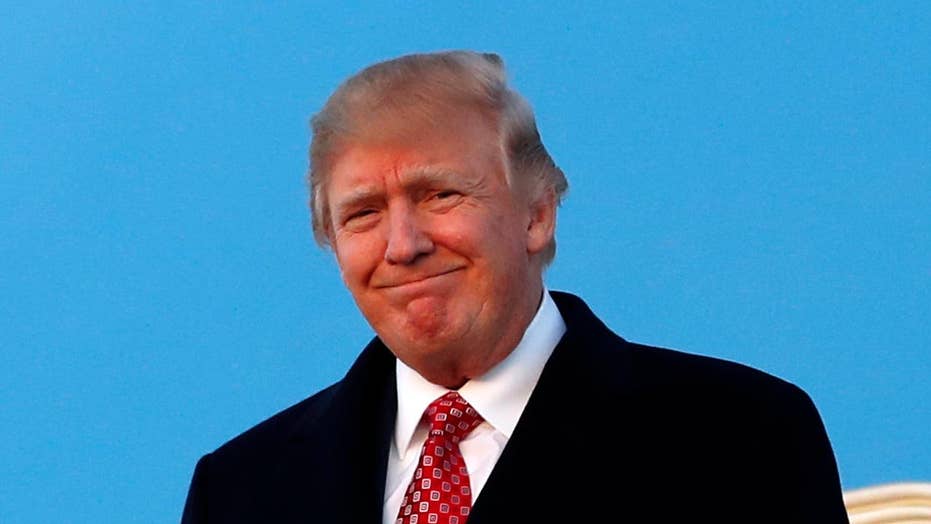 House Republicans on Monday evening released the text of their long-awaited ObamaCare replacement bill, proposing to eliminate the various taxes and penalties tied to the original legislation while still preserving certain patient protections.

Aiming to deliver on their signature campaign promise after several election cycles trying to reclaim control of Washington, majority Republicans unveiled what they call the American Health Care Act. The sweeping legislation would repeal ObamaCare’s taxes along with the so-called individual and employer mandates – which imposed fines for not buying and offering insurance, respectively.

It also would repeal the Affordable Care Act’s subsidies, replacing them with tax credits for consumers.

CLICK TO READ THE TEXT OF THE OBAMACARE REPLACEMENT BILL.

The bill would continue Obama's expansion of Medicaid to additional low-earning Americans until 2020. After that, states adding Medicaid recipients would no longer receive the additional federal funds the statute has provided.

More significantly, Republicans would overhaul the federal-state Medicaid program, changing its open-ended federal financing to a limit based on enrollment and costs in each state.

“We begin by repealing the awful taxes, the mandate penalties and the subsidies in ObamaCare,” House Ways and Means Committee Chairman Kevin Brady, R-Texas, told Fox News’ “Special Report with Bret Baier” in an exclusive interview.

Asked about some conservatives’ concerns that GOP leaders are merely pushing ‘ObamaCare Lite,’ Brady countered, “It is ObamaCare gone.”

House Energy and Commerce Committee Chairman Greg Walden, R-Ore., told Fox News they also “are not pulling the rug out from under people.” Rather, he said Republicans want to restore power to the states and control costs in Medicaid and elsewhere.

“It’ll amount to the biggest entitlement reform, probably in at least the last 20 years,” he said.

The release of the bill touches off what is likely to be a contentious debate, not just with Democrats but within the Republican Party.

The White House signaled its approval of the plan, with spokesman Sean Spicer saying, "Today marks an important step toward restoring healthcare choices and affordability back to the American people."

Senate Minority Leader Charles Schumer, D-N.Y., said the proposal "would cut and cap Medicaid, defund Planned Parenthood, and force Americans, particularly older Americans, to pay more out of pocket for their medical care all so insurance companies can pad their bottom line."

The first test for GOP leaders, who have been under heavy pressure ever since President Trump took office to release a bill, will be whether the text satisfies the influential conservative wing  – which has the numbers to torpedo the legislation. But it is a balancing act, as moderate Republican lawmakers, as well as governors of both parties, also have warned against going too far in rolling back consumer protections and benefits.

House Speaker Paul Ryan, R-Wis., said the bill would "drive down costs, encourage competition, and give every American access to quality, affordable health insurance." He added, "This unified Republican government will deliver relief and peace of mind to the millions of Americans suffering under Obamacare."

However, Sen. Rand Paul, R-Ky., said the bill "looks like ObamaCare Lite to me ... It's going to have to be better."

Rank-and-file Republicans were watching to see if the legislation brings down the cost of healthcare.

"If it doesn't, we haven't changed anything," one House Republican told Fox News.

While subsidies would be repealed in the new bill, they would be replaced by monthly tax credits. The credits, worth between $2,000 and $14,000 a year, could be used by low-and-middle-income families who don’t get work- or government-sponsored insurance to buy state-certified plans.

The credits would be based on age and family size, unlike the income-based version under ObamaCare. Conservatives have objected that that feature creates a new entitlement program the government cannot afford.

"I can’t believe many conservative groups are going to like this," one GOP lawmaker told Fox.

Republicans said they'd not yet received official cost estimates on the overall bill from the nonpartisan Congressional Budget Office. That office's projections on the bill's price tag and the number of people the measure would cover could be key in winning over recalcitrant Republicans, or making them even harder to win over.

It's unclear how many people might lose coverage under the new plan.

The legislation, meanwhile, would preserve protections for those with pre-existing conditions by prohibiting insurers from denying coverage or charging them more. It also would continue to allow young adults to stay on their parents’ plans up to age 26.

Further, the plan would call for a “transition” away from the current Medicaid expansion, which was used under the original law to cover millions more people. Republicans also say they’d give states $100 billion to design their own programs, while upping the amount of money families can contribute to so-called Health Savings Accounts.

A series of tax increases on higher-earning people, the insurance industry and others used to finance the Obama overhaul's coverage expansion would be repealed as of 2018.

In a last-minute change to satisfy conservative lawmakers, business and unions, Republicans dropped a plan pushed by Ryan to impose a first-ever tax on the most generous employer-provided health plans.

Fox News is told the plan is to go to both the Energy and Commerce and Ways and Means committees on Wednesday for "mark-up" sessions where they will craft a final version of the bill. The legislation would tentatively go before the House Budget Committee next week.

The hope is that the bill would hit the House floor the week after that -- and the Senate before the Easter recess.

Senate Finance Committee Chairman Orrin Hatch, R-Utah, wouldn't rule out changes in the measure by his chamber, where significant numbers of moderate Republicans have expressed concerns that the measure could leave too many voters without coverage.

"The House has the right to come up with what it wants to and present it to the Senate by passing it. And we have a right to look it over and see if we like it or don't," Hatch told reporters.

They complained that an earlier, similar draft of the measure "does not provide stability and certainty for individuals and families in Medicaid expansion programs or the necessary flexibility for states." Signing the letter were Sens. Rob Portman of Ohio, Shelley Moore Capito of West Virginia, Cory Gardner of Colorado and Lisa Murkowski of Alaska.