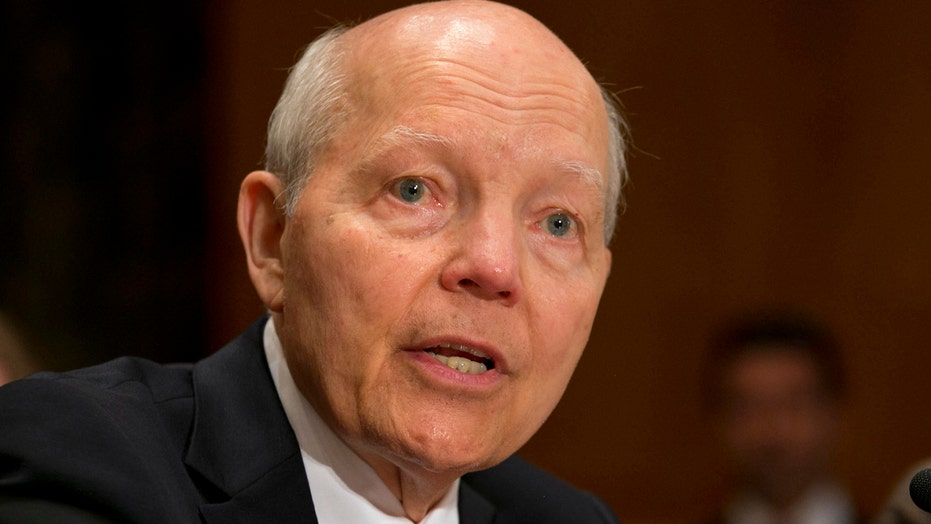 House Republicans on Tuesday introduced a resolution to impeach IRS Commissioner John Koskinen, accusing him of making "false statements" under oath and failing to comply with a subpoena for evidence.

House Oversight Committee Chairman Jason Chaffetz, R-Utah, and 18 other committee members introduced the resolution to begin impeachment proceedings. In doing so, they followed through on a threat first made over the summer, when Republicans accused the IRS leader of making inaccurate statements to Congress regarding the Tea Party targeting scandal and its aftermath.

"Commissioner Koskinen violated the public trust," Chaffetz said in a statement Tuesday. "He failed to comply with a congressionally issued subpoena, documents were destroyed on his watch, and the public was consistently misled.

"Impeachment is the appropriate tool to restore public confidence in the IRS and to protect the institutional interests of Congress."

The IRS issued a statement later Thursday saying, "The IRS vigorously disputes the allegations in the resolution. We have fully cooperated with all of the investigations."

The announcement of the impeachment resolution comes on the same day Koskinen testified before the Senate Finance Committee, and after the Justice Department on Friday decided to close its investigation of the targeting scandal without pursuing criminal charges.

Koskinen took over in late 2013, after the scandal broke over IRS agents subjecting conservative groups applying for tax-exempt status to additional scrutiny.

But he faced questions over statements he made in the course of various investigations. The resolution containing articles of impeachment accused him of "high crimes and misdemeanors" over the following allegations:

Pursuing impeachment against an agency leader is exceedingly rare, and a step beyond contempt charges, which is the tool House Republicans tried to use against both Lerner and former Attorney General Eric Holder in past disputes.

While impeachment is often thought of as a congressional weapon reserved for presidents, it can apply to "all civil officers of the United States," on the grounds of treason, bribery or other "high crimes and misdemeanors."

There was one case, more than a century ago, when articles of impeachment were brought against War Secretary William Belknap -- in 1876.

He resigned amid the proceedings.