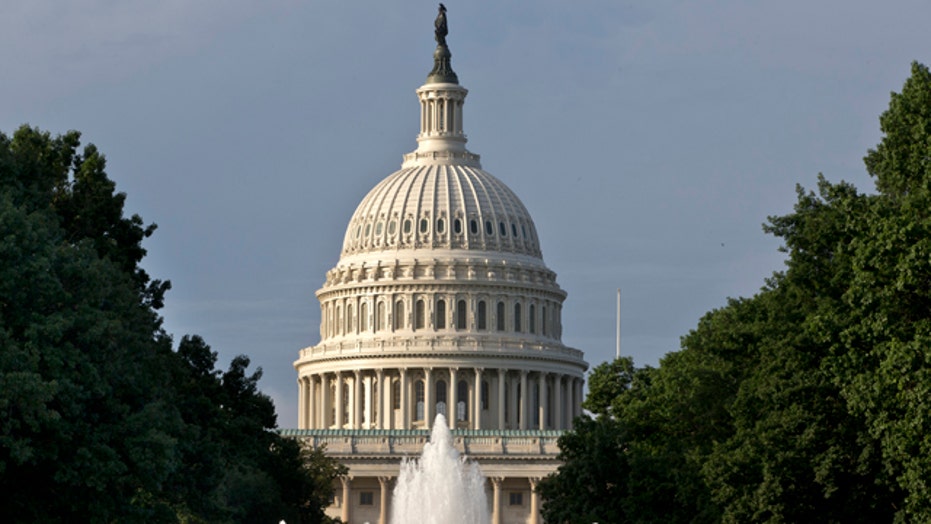 Congress takes up immigration reform after week off

House Republicans plan to discuss their next steps on the comprehensive Senate immigration bill at a private meeting Wednesday, laying out plans for potential legislation with heavy discussion on border security, according to memos exclusively obtained by Fox News.

The memos, sent to House Republican rank and file members, contain talking points describing various past immigration reform bills and the border security component of the bill passed last month by the Senate on a 68-32 vote.

The talking points highlight legislation introduced in the House Judiciary Committee to “address various issues that have contributed to the broken system,” including the SAFE Act, which would allow states to create and enforce their own immigration laws.

“If we want to avoid the mistakes of the past, we cannot allow the President to have unilateral control over the enforcement on/off switch,” the talking points memo reads.

House Speaker John Boehner of Ohio and other Republicans have said the comprehensive Senate immigration bill that couples the promise of citizenship for those living here unlawfully with increased border security is a nonstarter in the House.

There is a vocal and growing contingent of House Republicans who don't like how the GOP leadership brass is handling immigration reform. They believe that Wednesday's meeting has "pre-cooked" a conclusion and that the House Republican leadership is "rushing" a bill.

"We need to be the party of solutions and not always obstructing. And, so, I think there's an effort here that we have a broken immigration system. We need to fix this immigration system," McCaul said Sunday on CBS' "Face the Nation," predicting that the full House could take up immigration as early as this month and representatives from both chambers could be working to resolve differences in the House and Senate versions late this year or early next.

The House Judiciary Committee has adopted a piecemeal approach, approving a series of bills, none with a path to citizenship that Obama and Democrats are seeking. Democrats hope the single-issue bills get them to a conference with the Senate, where the prospects for a far-reaching overhaul improve.

"I think what you're finding is that there will be a compromise, a smart compromise," Rep. Xavier Becerra, D-Calif., said Sunday, also on CBS. "You have to be smart. You have to be tough. But you have to be fair. And if you can do that, you'll have a full fix."