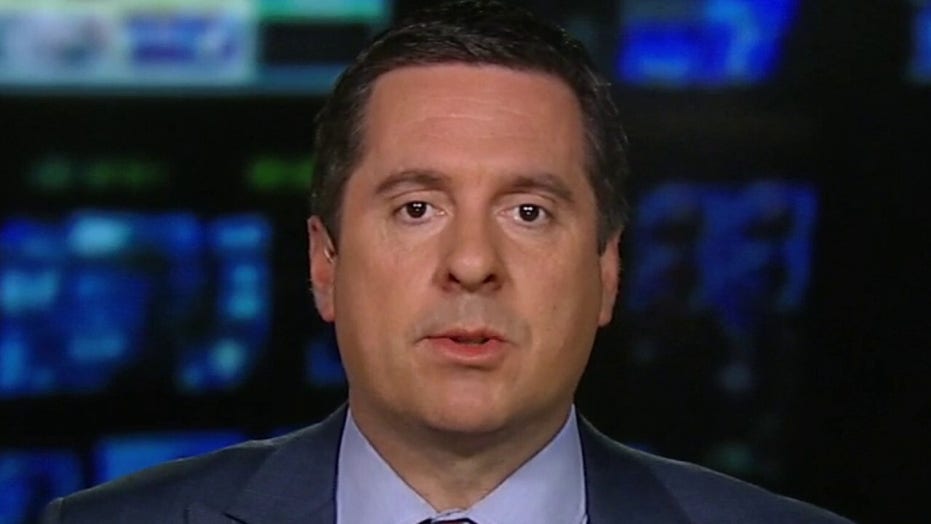 Rep. Devin Nunes: We need FISA to protect America, but not at the expense of our liberty

The House Wednesday passed legislation with broad bipartisan support to reauthorize FBI crime-fighting tools that were set to expire Sunday and to reform the secret Foreign Intelligence Surveillance Act (FISA) court process that has been under the microscope in the Russia probe.

USA Freedom Reauthorization Act -- passed by a 278-136 vote -- brought together the staunchest President Trump supporters like Reps. Devin Nunes, R-Calif., and Jim Jordan, R-Ohio, and some of his fiercest critics like Reps. Jerrold Nadler, D-N.Y., and Adam Schiff, D-Calif., who wanted improvements to protect Americans' privacy and safeguard against surveillance abuses.

While not perfect, Nadler says the bill contains "significant reform" and "decisive steps in the right direction."

Jordan also called the bill "an improvement" over the status quo.

"The legislation begins to address the problems that we saw with the FBI's illegal surveillance of Trump campaign associate Carter Page," Jordan said.

But Page blasted the legislation as a “sham” and a Republican “failure,” saying it represents a “lazy authorization” of the surveillance tool that improperly targeted him during the FBI’s Russia investigation.

The bill seeks to rein in a controversial portion of the surveillance powers, known as Section 215, which gives the government broad powers to demand “business records” from companies in the name of national security investigations. In an effort to better protect privacy, the legislation would prohibit using Section 215 to acquire information that would otherwise require a warrant and would ban obtaining GPS and cell site locations, Nadler said.

The National Security Agency (NSA) previously used Section 215 to collect bulk phone data records, which was highly controversial. In recent years, the bulk metadata collection was outlawed and a narrowly tailored program was allowed, but now that program would be officially ended under the legislation.

Attorney General Bill Barr on Wednesday said he supported the passage of the FISA bill, saying it “will protect against abuse and misuse in the future.”

“I have reviewed the House FISA bill and support its passage,” Barr said in a statement Wednesday. “The bill contains an array of new requirements and compliance provisions that will protect against abuse and misuse in the future while ensuring that this critical tool is available when appropriate to protect the safety of the American people."

The legislation now heads to the Senate.