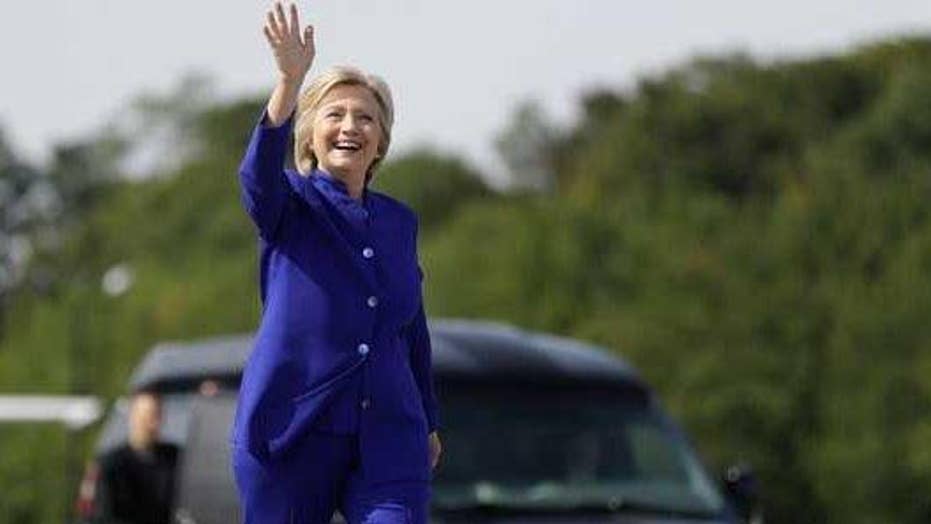 Did Clinton email wiper ask online how to hide 'VIP' in

Strategy Room: Joe Lestingi and Chandler Thornton discuss new information in the Clinton email scandal and how it will affect Clinton

The House Oversight and Government Reform Committee has directed Reddit to preserve deleted posts alleged to have been written by the tech specialist who reportedly scrubbed Hillary Clinton’s emails from her private server.

Those 2014 posts, which were flagged by Reddit users earlier this week, asked for help on how to hide a certain “VIP’s” email address.

A committee aide told FoxNews.com that they have sent a preservation request to Reddit, and are interested in verifying the authenticity of the posts. Reddit did not respond to a request for comment from FoxNews.com.

The posts, written by a user named "stonetear," are alleged to belong to Paul Combetta, the tech specialist with Platte River Networks who reportedly deleted Clinton’s emails and has received immunity from the Justice Department.

The development, first reported by The Hill, indicates the committee is taking seriously the claims by citizen-detectives who unearthed the posts. “Stonetear” began deleting his comments and post after they were unearthed. However, users managed to archive them using a popular archiving website “archive.is” frequently used on the site.

Chairman Jason Chaffetz, R-Utah, told The Hill that Reddit is cooperating with its investigation.

The allegations "fit the pattern of what we think was happening,” Chaffetz told The Hill.

Reddit users typically do not link real names to their accounts, but the website Etsy shows the profile “stonetear,” created in 2011, is registered to the name Paul Combetta.

“Stonetear”’s posts include one from July 24, 2014 – the same month that the State Department first asked Clinton aide Cheryl Mills to turn over Clinton’s work-related emails from her personal server – where he asks other users how to “strip out a VIP's (VERY VIP) email address from a bunch of archived email.”

Multiple users responded saying it was not possible, while another warned that if Microsoft Exchange allowed it, “it could result in major legal issues.”

“Stonetear” responded: “The issue is that these emails involve the private email address of someone you'd recognize, and we're trying to replace it with a placeholder address as to not expose it.”

In another post from Aug. 26, 2013, he asks for code that would delete thousands of emails from a server – almost two years before Combetta deleted emails from Clinton’s server, but just a few months after his company was hired to run her server,

According to the FBI report on Clinton’s email issues, Clinton aide Cheryl Mills told the FBI that Clinton decided in December 2014 that she did not need emails older than 60 days, and Mills asked someone to implement that. The name of the person she asked was redacted by the FBI but later determined by The New York Times to be Combetta.