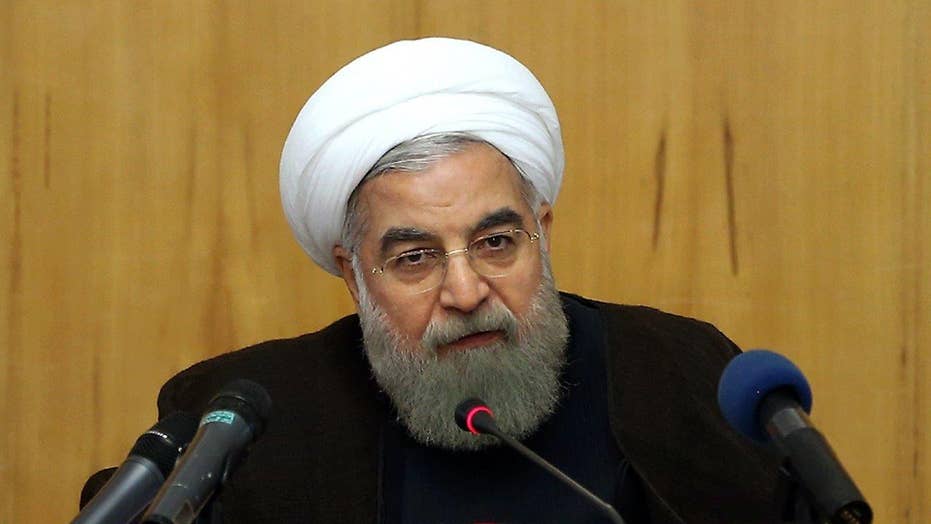 New questions about the deadly unintended consequence from the president's agreement with the regime; James Rosen has the story for 'Special Report'

WASHINGTON – In an election-year broadside, the Republican-led House Foreign Affairs Committee approved legislation Wednesday to prohibit the United States from making cash payments to Iran and require that Congress be notified before any future claims settlements with Tehran are conducted.

Passage of the bill on a 21-16 vote comes a week after the Obama administration acknowledged it paid Iran $1.7 billion in cash earlier this year to settle a decades-old arbitration claim between the two countries.

An initial $400 million delivery of euros, Swiss francs and other foreign currency was delivered on pallets on Jan. 17, the same day Tehran agreed to release four American prisoners. The remaining $1.3 billion was paid in cash installments made on Jan. 22 and Feb. 5, administration officials said last week in a closed-door briefing for congressional staff.

Republicans have decried the payments as ransom, a charge the Obama administration has rejected. Citing Iran's status as a leading state sponsor of terrorism, Republicans also have contended the money will be used to finance terrorism around the world.

The committee's chairman, Rep. Ed Royce of California, said President Barack Obama made it easier for Iran to funnel money to Hezbollah and other terrorist groups by delivering Tehran virtually untraceable cash.

"We are basically doing their money laundering for them, in a sense," Royce said.

Obama said last month at a Pentagon news conference that cash was delivered "because we couldn't send them a check and we couldn't wire the money. We don't have a banking relationship with Iran which is part of the pressure we applied on them."

But Royce said he recently learned that the administration used a bank wire to send Iran $8.6 million for 32 metric tons of heavy water. The deal, announced in April, was aimed at helping Iran meet the terms of last year's landmark deal in which Iran agreed to curb its atomic program in exchange for billions of dollars in sanctions relief.

"This $1.7 billion payment to Iran sets a dangerous precedent that puts a price on the head of Americans traveling abroad," the Wisconsin Republican said.

Democrats who opposed the bill denied the $1.7 billion amounted to ransom and accused Republicans of trying to score political points.

Rep. Eliot Engel of New York, the top Democrat on the Foreign Affairs Committee, said the money belonged to Iran "whether we like it or not." Engel said there will be future financial transactions with Iran and what's most important is that Congress be alerted before they happen.

The committee rejected a substitute bill offered by Engel that wouldn't restrict the form of payments but would mandate that Congress be notified at least five days before the transaction occurred.

The Obama administration has said the arbitration payment and prisoner release were separate, but recently acknowledged the cash was used as leverage until the Americans were allowed to leave Iran.

Christopher Backemeyer, deputy assistant secretary of state for Iranian affairs, told lawmakers last week he "can't speak for every dollar that goes in and out of Iran." But Backemeyer said it was his understanding that the money is being used to meet "critical economic needs" in Iran.

The money settles a dispute over a $400 million payment made in the 1970s by the U.S.-backed shah's government for military equipment. The equipment was never delivered because of the 1979 Islamic Revolution that overthrew the shah and ended diplomatic relations between the U.S. and Iran. The $1.3 billion covers what Iran and the U.S. agreed would be the interest on the $400 million over the decades.

To make the payment, the administration returned the $400 million balance from the Iranian account for the military purchases. The rest of the money came from an account administered by the Treasury Department for settling litigation claims. The Judgment Fund is taxpayer money Congress has permanently approved in the event it's needed, allowing the president to bypass direct congressional approval to make a settlement. The U.S. previously paid out $278 million in Iran-related claims by using the fund in 1991.