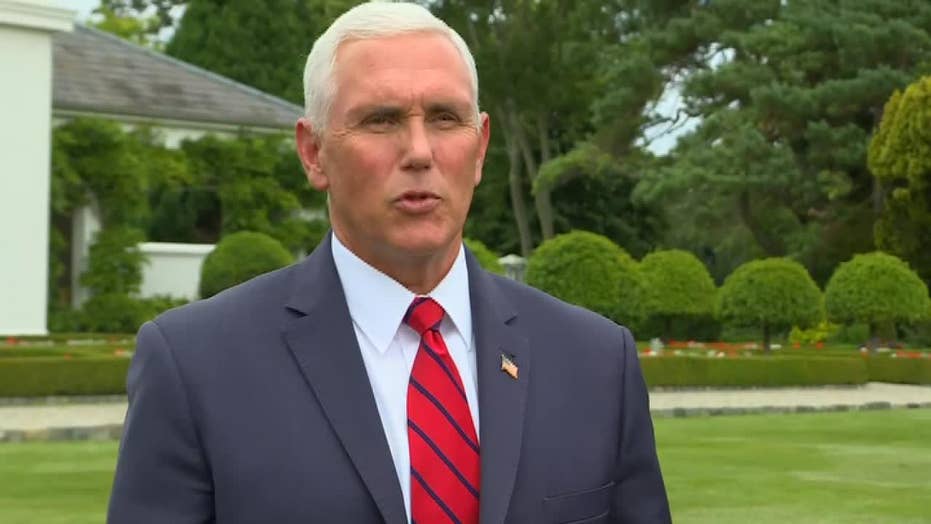 The Vice President touches on his family history while responding to criticisms of his choice of hotels.

House Democrats are investigating Vice President Mike Pence’s decision to stay at President Trump’s golf resort in Doonbeg, Ireland, claiming the move could have possibly violated the emoluments clause in the Constitution and is "of significant interest" as the House Judiciary Committee considers whether to recommend articles of impeachment against the president.

Nadler's committee is already investigating alleged obstruction of justice, public corruption and other alleged abuses by the president, but claimed that the vice president's stay at Doonbeg, as well as Trump's proposal to host the 2020 G-7 summit at Trump National Doral Golf Club outside Miami, were "potential violations of the Foreign and Domestic Emoluments Clauses of the Constitution," and noted that they are "of significant interest and grave concern to the Committee as it considers whether to recommend articles of impeachment."

He added: "The impact that the President's business interests may have on his official conduct and American foreign policy interests demands scrutiny by Congress-as does the use of taxpayer dollars on properties or businesses benefitting the president."

“The Committee is seeking information about Vice President Mike Pence’s stay earlier this week at the Trump International Golf Links and Hotel in Doonbeg, Ireland—180 miles away from the Vice President’s official meetings with Irish officials in Dublin,” Cummings wrote. “The Committee does not believe that U.S. taxpayer funds should be used to personally enrich President Trump, his family, and his companies.”

He added that the White House has not made public the cost of Pence's trip, or how it could have "benefited the Trump Organization," but suggested the bill "could be significant." Cummings cited Trump's stay at the resort in Doonbeg in June, which he said "cost the American people an estimated $3.6 million."

Cummings also said he was investigating whether the expenses violated the domestic emoluments clause.

Both Cummings and Nadler imposed a Sept. 19 deadline for the administration and the Trump Organization to turn over documents.

Cummings is seeking documents sufficient to show itemized costs of the vice president’s stay, “including, but not limited to the cost of security, transportation, lodging and required personnel.” Cummings also requested “all documents and communications” related to “proposed or actual accommodations” for Pence during his trip. Nadler is seeking documents related to the G-7 summit, and communications between staff at the White House and the Trump Organization.

Neither the White House nor the Trump Organization immediately responded to Fox News' request for comment.

But Republicans will likely dismiss the concerns.

"In the middle of a hurricane, an opioid epidemic, and a border crisis, the fact that the Democrats at two of the most powerful Committees in the House are focused on the Vice President's accommodations has left us all flabbergasted," a source familiar with the matter told Fox News. "I would love to know what their constituents think of this."

Speaking from Dublin on Tuesday, Pence said his decision to stay at the Trump property in Doonbeg was “logical,” and said he had family ties to the village.

“[I was] pleased to have the opportunity to return to that family hometown,” Pence said.

The vice president also said that the State Department “approved us staying there” before he officially booked his stay. 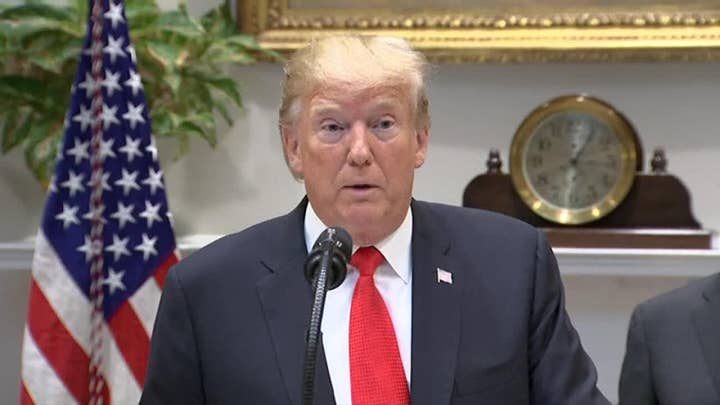 Short, Pence's chief of staff, insisted that the vice president followed “normal protocol” to book the trip, but later said that the president had made the “suggestion.”

“It’s like when we went through the trip, it’s like, well, he’s going to Doonbeg because that’s where the Pence family is from,” Short said. “It’s like, ‘Well, you should stay at my place.’”

“At no time did the president direct our office to stay at his Doonbeg resort, and any reporting to the contrary is false,” Short said in a statement.

But the president denied that he even spoke to Pence about the matter.

“I don’t suggest anything,” Trump said.

Air Force Two costs about $13,000 per hour when Pence is on board, The Associated Press reported.

Pence personally covered the expenses of the trip for his mother and sister, who were traveling with him, Short said.