Peter Doocy reports from Capitol Hill on the back and forth between Democrats and Republicans.

The vote was announced to reporters by California Rep. Adam Schiff, the top Democrat on the committee, who called it a “very sad day, I think, in the history of this committee.” The motion passed on a party-line basis, he said.

President Trump now has five days to decide whether he has any objections before the memo can be publicly released. 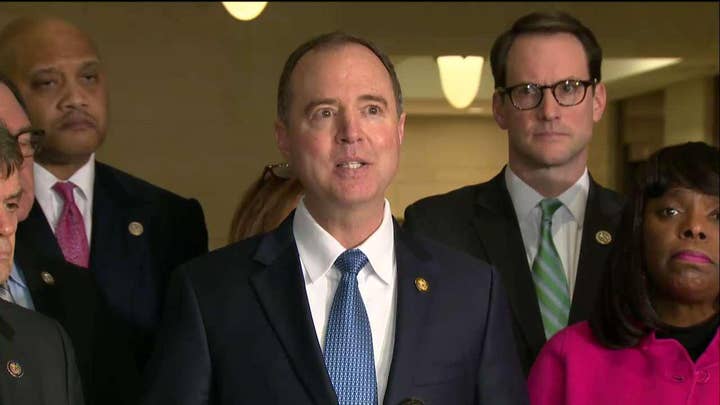 Last week, a top Justice Department official urged House Intelligence Chairman Devin Nunes not to release the memo, saying it would be “extraordinarily reckless” and could harm national security and ongoing investigations.

The four-page memo has being described by GOP lawmakers as “shocking,” “troubling” and “alarming,” with one congressman likening the details to KGB activity in Russia.

Another Democratic member, Mike Quiqley of Illinois, described the GOP memo as "a book report by a high school kid at 1 a.m. on two Red Bulls who hasn't read the book." 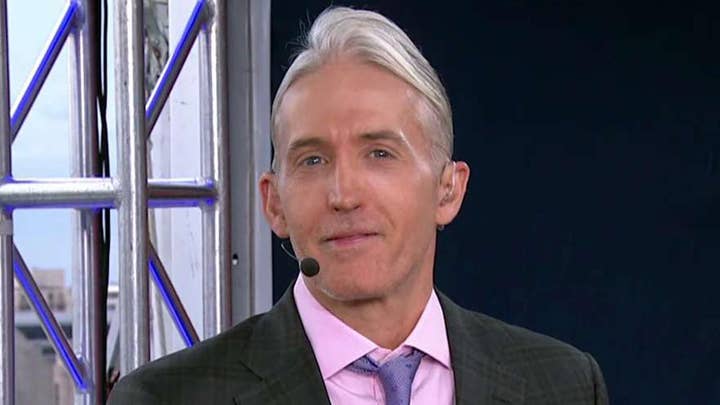 "It's a contravention of the facts," he added. "Today was a demonstration that there are no more rules."

House Minority Leader Nancy Pelosi, D-Calif., said in a statement that the committee's Republicans had "crossed from dangerous irresponsibility and disregard for our national security into the realm of cover up" and "disregarded the warnings of the Justice Department and the FBI."

"Chairman Nunes’ memo contains significant inaccuracies and omissions that misrepresent the underlying intelligence and jeopardize the effectiveness of our intelligence and law enforcement communities," Pelosi added.

The vote came the same day that it was reported that FBI official Andrew McCabe has left his post as deputy director.

Department of Justice: Let us see 'the memo' first

The White House seems to favor the memo's release, but wouldn’t explicitly say whether the president will back the effort.

“We want full transparency,” White House press secretary Sarah Sanders said Monday. “That's what we have said all along.”

Sanders said they were letting the process play out before officially weighing in.

According to one source, Wray was asked to point out inaccuracies or other issues with the wording -- and said he would need “his people to take a look at it.” The source said the review is ongoing.

He also suggested the memo indeed addresses whether the FBI relied at least in part on the dossier -- paid for partially by Democrats and the Clinton campaign during the 2016 presidential election -- to apply to a secret federal court to get a surveillance warrant, purportedly on then-Trump adviser Carter Page.

“If you … want to know whether or not the dossier was used in court proceedings, whether or not it was vetted before it was used. … If you are interested in who paid for the dossier … then, yes, you'll want the memo to come out,” Gowdy told “Fox News Sunday.”

The dossier was compiled by former British intelligence officer Christopher Steele and contained opposition research on Trump during the 2016 presidential campaign. Steele was hired by the U.S. firm Fusion GPS, which commissioned the research with funding from the Democratic National Committee and the campaign of Democratic presidential nominee Hillary Clinton. At the same time, the firm was allegedly doing work to help the Russian government fight sanctions.

Requests for surveillance warrants are made through the U.S. Foreign Intelligence Surveillance Court, also known as the FISA court, and target suspected foreign spies inside the United States.

Responding to reports the U.S. extended surveillance on him last spring, Carter Page told Fox News that U.S.-Russia relations have been “dominated by misunderstandings throughout much of the past 70 years, since the original McCarthy era. I harbor no ill will towards anyone for past xenophobic biases and only hope that justice is eventually served.”