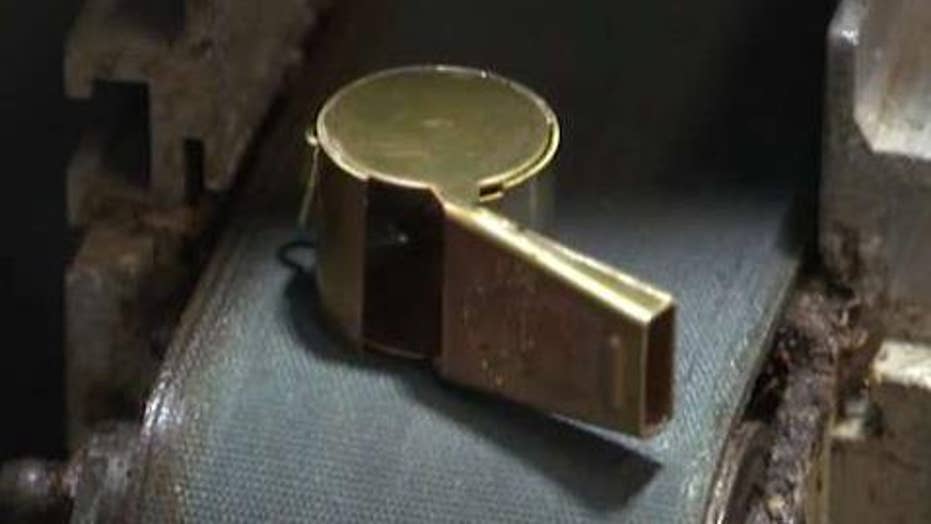 Will the Ukraine whistleblower's true identity ever be revealed?

'The Greg Gutfeld Show' on efforts to unmask the Ukraine whistleblower.

House Intelligence Committee Republicans are investigating the intelligence community inspector general for his handling of the Ukraine whistleblower complaint, including potential inconsistencies in his testimony before the panel as part of the Trump impeachment inquiry, Fox News has learned.

A source familiar with the committee’s investigation on Tuesday went into further detail, telling Fox News that Republicans are looking at the ICIG’s handling of the whistleblower complaint that sparked the impeachment inquiry into President Trump; the veracity of his testimony about the whistleblower complaint; and the explanations he offered for changes made to the ICIG’s guidance on accepting second-hand information.

Republicans for weeks have complained that the whistleblower made contact with Intelligence Committee Chairman Adam Schiff's, D-Calif., staff in advance -- though Schiff has downplayed the nature of that contact.

Whether Republicans are looking further into that contact as part of their review is unclear. But since last fall, they have specifically challenged intelligence community officials over changes to a key form that dropped a requirement for “first-hand information” in whistleblower complaints.

Michael Atkinson, the inspector general of the intelligence community, leaves the Capitol after a closed-door interview about the Ukraine whistleblower complaint Oct. 4, 2019. (AP Photo/Jose Luis Magana)

The timeline for the Intelligence Committee Republicans’ investigation into Atkinson is unclear.

A spokesman for Atkinson declined to comment for this report.