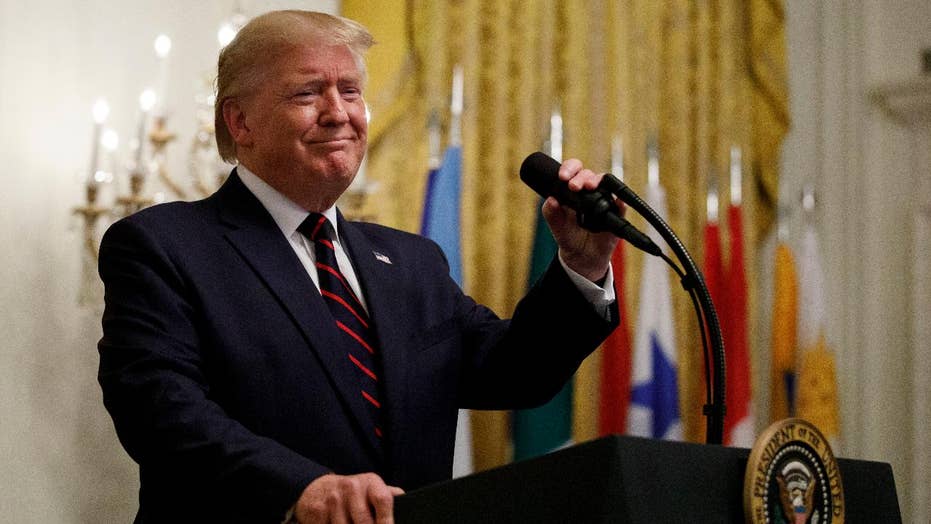 Republican strategist Eric Beach and Democratic strategist Robin Biro on how the impeachment inquiry against President Trump will impact both political parties.

Republicans on Monday challenged intelligence community officials to explain why a key whistleblower form was apparently changed to drop a requirement for “first-hand information,” questioning whether the timing was related to the explosive complaint on President Trump’s call with the leader of Ukraine.

That anonymous complaint, which spurred congressional Democrats to launch an impeachment inquiry last week, was based on second-hand accounts from “more than half a dozen U.S. officials.”

It alleged that Trump sought an investigation from Ukraine into the Biden family – something the now-public transcript of the call with President Volodymyr Zelensky confirms. And it included a variety of other disputed allegations, including that officials moved to “lock down” records of the call.

But, in a detail first reported by The Federalist, a key form was recently revised to drop a requirement that such complaints include first-hand information in order to be sent to Congress.

The watchdog wrote: "In the process of reviewing and clarifying those forms, and in response to recent press inquiries regarding the instant whistleblower complaint, the ICIG understood that certain language in those forms and, more specifically, the informational materials accompanying the forms, could be read – incorrectly – as suggesting that whistleblowers must possess first-hand information in order to file an urgent concern complaint with the congressional intelligence committees." 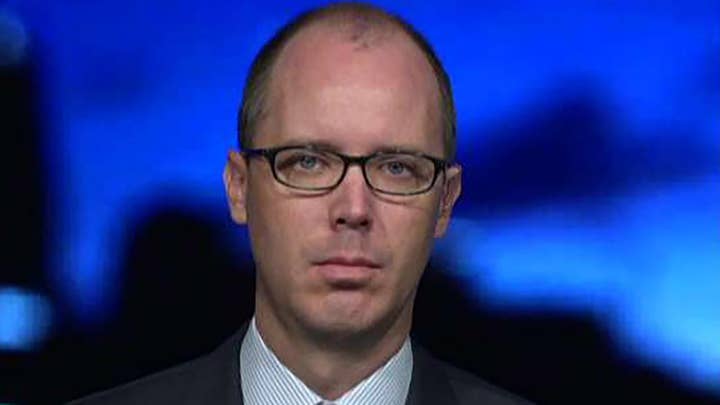 In a letter obtained by Fox News, top House Republicans urged Intelligence Community Inspector General Michael Atkinson to preserve all records related to that revision, allegedly made sometime in August.

Specifically, they questioned whether the timing was related to the Ukraine complaint.

“When this revised form was published, and whether the whistleblower received a copy of this form when making the disclosure on August 12, 2019, are both unknown to the House Intelligence Committee. However, the timing of the removal of the first-hand information requirement raises questions about potential connections to this whistleblower’s complaint,” said the letter signed by House Minority Leader Kevin McCarthy, R-Calif., House Intelligence Committee Ranking Member Devin Nunes, R-Calif., and House Oversight Committee Ranking Member Jim Jordan, R-Ohio. “This timing, along with numerous apparent leaks of classified information about the contents of this complaint, also raise questions about potential criminality in the handling of these matters.”

The Office of the Director of National Intelligence and the inspector general’s office have not responded to requests, first made Friday by Fox News, for comment about the disclosure form and whether changes were made.

At issue is the standard, along with other criteria, used to determine whether a complaint of “urgent concern” is deemed “credible.” Atkinson previously reported to Congress that he indeed had determined the Ukraine call complaint appeared credible. However, the Justice Department Office of Legal Counsel found the complaint did not meet the “urgent concern” standard which required immediate congressional notification.

The Republicans noted that a prior version of the form published in May 2018 included clear language saying a whistleblower must have first-hand information to be deemed credible.

According to the letter, it stated: “In order to find an urgent concern ‘credible,’ the ICIG must be in possession of reliable, first-hand information. The ICIG cannot transmit information via the [Intelligence Community Whistleblower Protection Act] based on an employee’s second-hand knowledge of wrongdoing. This includes information received from another person, such as when a fellow employee informs you that he/she witnessed some type of wrongdoing. (Anyone with first-hand knowledge of the allegations may file a disclosure in writing directly with the ICIG.) Similarly, speculation about the existence of wrongdoing does not provide sufficient legal basis to meet the statutory requirements of the ICWPA. If you think that wrongdoing took place, but can provide nothing more than second-hand or unsubstantiated assertions, ICIG will not be able to process the complaint or information for submission as an ICWPA.”

House GOP letter to ICIG by Fox News on Scribd

The requirement has since been dropped.

Trump seized on the apparent change with an all-caps tweet Monday morning: “WHO CHANGED THE LONG STANDING WHISTLEBLOWER RULES JUST BEFORE SUBMITTAL OF THE FAKE WHISTLEBLOWER REPORT? DRAIN THE SWAMP!”

In their letter, Republicans told Atkinson to view their correspondence as a “preservation order for all documents and communications from your office related to the matters discussed herein.” They went on to include a long list of questions concerning when the form was updated, why it was updated, who approved the revisions and more.

There are questions, though, over whether the prior form may have been flawed.

Julian Sanchez, a senior fellow at the Cato Institute, noted that the relevant statute and other underlying directives do not require such whistleblower disclosures to have “firsthand” information. He called the new form “consistent with the law.”

“If anything’s sketchy here, honestly, it’s not the current form, but the old one: Precisely because it could easily be misread as implying you aren’t entitled to protection if you disclose abuses learned about indirectly. Which would be a serious misrepresentation of the law,” he tweeted.

Senate Republicans, meanwhile, have sent their own letter to Atkinson asking for details on the change. The letter likewise noted they are not aware of any federal law requiring first-hand information in order for such complaints to be “accepted as credible,” but questioned the timeline and why the requirement was initially in place.

As the complaint, the transcript and the various allegations surrounding both documents provide the basis for the official impeachment probe, Trump-allied Republicans claim Democrats are jumping to conclusions. During testimony last week before the House Intelligence Committee, Acting DNI Joseph Maguire described the complaint as “hearsay.”

“Our roles in the House of Representatives place us in the forefront of the impeachment crisis manufactured by Congressional Democrats,” the House Republicans wrote in their letter to Atkinson, setting a Thursday deadline. Atkinson is set to appear in a closed session before the House Intelligence Committee the following day.