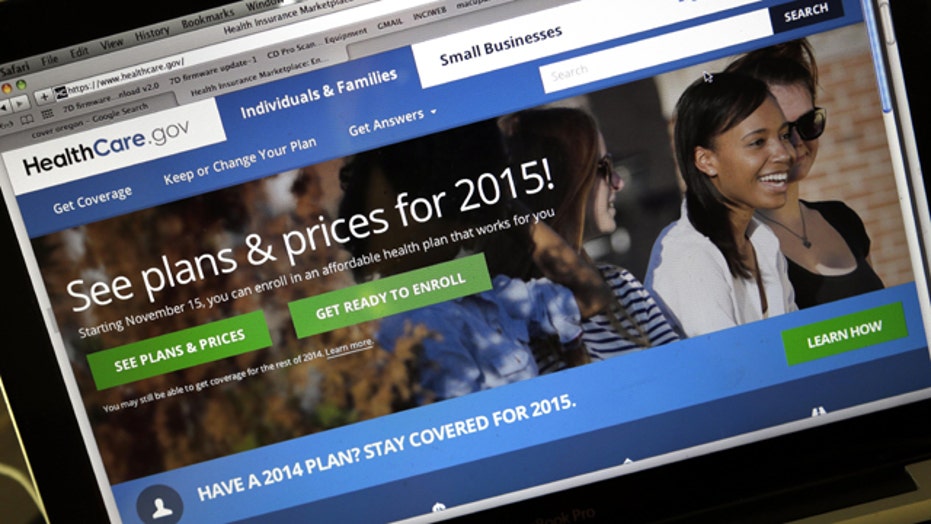 But questions remain over how many have actually paid their premiums

In control of Congress for the first time in eight years, Republicans are set to hold their first vote to repeal ObamaCare next week, Fox News has learned.

The vote comes as Republicans have debated how to address the controversial health care bill. GOP lawmakers are facing rising pressure from conservative groups and activists to go big in their efforts to dismantle the law, but the party is stuck in an internal debate over how far they can go, and whether undoing it piecemeal is a preferable course of action.

The party hierarchy also has had trouble rallying its rank-and-file members to get on board with other pieces of legislation so far in the 114th Congress, including a failed abortion bill last week and a border security bill that was sidelined on Monday.

The Republican-controlled House has voted more than 50 times to repeal or defund all or parts of ObamaCare since its passage in 2010. None of those bills, however, were considered by the Senate, which was controlled by Democrats until this month. But even Republicans in control of the Senate, however, it still remains extremely unlikely that any House-passed ObamaCare bill would reach Obama's desk -- where it would face certain veto -- as the party remains six seats short of being able to attain cloture.

Tea Party activists have said they are frustrated with the pace of progress toward conservatives’ goal of upending ObamaCare, officially known as the Affordable Care Act.

Some activists are encouraging members to “fax blast” all 435 House members and 100 senators and demand they “drive a stake through the heart of ObamaCare once and for all.”

Some Tea Party-backed lawmakers like Texas Sen. Ted Cruz are leading the charge against the Affordable Care Act. The senator, and potential presidential candidate, recently warned that Republicans will “get walloped” in 2016 if they don’t live up to their promises, including working to get the health law eliminated.

But so far, several Republican lawmakers, like Senate Finance Committee Chairman Orrin Hatch, R-Utah, have indicated they’d have better luck chipping away at the law “piece by piece.”

"This legislation strikes ObamaCare’s individual mandate and restores the freedoms outlined in the Constitution,” Hatch said in a written statement.

Hatch and a group of bipartisan senators also are pushing a bill to scratch the law’s controversial 2.3 percent tax on medical devices.

Several conservative activists and commentators in recent weeks have urged the new Republican Congress to be aggressive. Since right after the election, Brent Bozell, chairman of the conservative ForAmerica group, has said the Republican majority “must” keep its “promise” to pass a full repeal bill, if only to force a presidential veto.

If they don’t, it raises the possibility not only of turbulence for GOP congressional candidates in 2016 but a groundswell of anti-ObamaCare pressure in the presidential primaries and caucuses.

In the official Republican response to the State of the Union address, Sen. Joni Ernst, R-Iowa, vowed that the party will “keep fighting to repeal and replace a health care law that's hurt so many hardworking families.”

Freshman Sen. Bill Cassidy, R-La., also has called for Congress to go after the law and is among many GOP lawmakers who have signed a pledge calling for its repeal. He recently told The Hill, “There is a tide rising” against the health law.

But like Hatch, he has put forward bills repealing the medical device tax and the individual mandate – parts of the law, not the whole thing.

Party strategists have questioned whether aiming for full repeal is worth the effort, when President Obama would surely veto.

“Republicans should not, again, go down the road of full repeal for ObamaCare when they know the president’s not going to have an epiphany and say, ‘You know what? I screwed up. Yeah, let’s repeal my legacy legislation,’” Republican strategist Brad Blakeman told FoxNews.com.