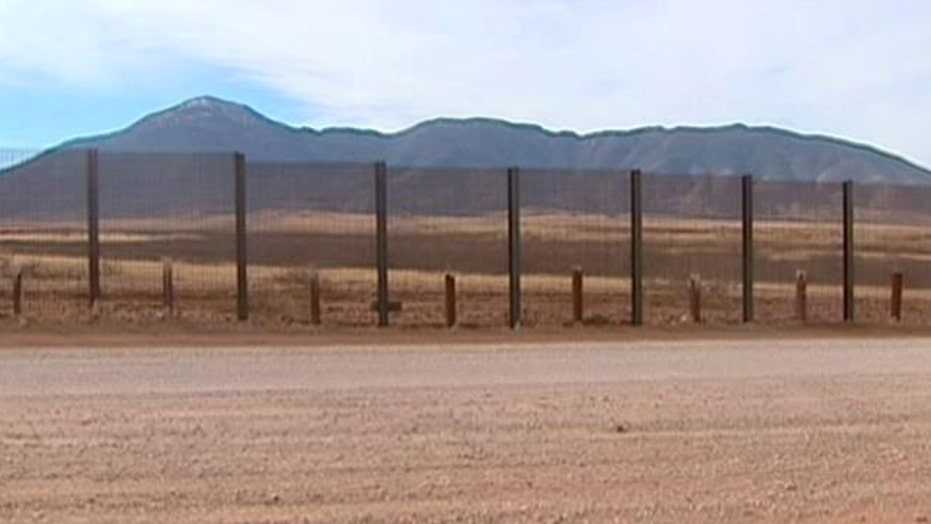 Inside the evolving nat'l security threat at the US border

House Republican leaders on Monday sidelined a controversial border security bill amid widespread disagreement among GOP lawmakers, making it the latest piece of legislation caught in an internal battle in the caucus.

Chamber leaders blamed the decision to cancel the vote, which had been set for Wednesday, on the massive snowstorm hitting the East Coast; they also canceled all votes Monday night. No rescheduled date has been given.

However, the bill, passed last week in the House Homeland Security Committee, faced opposition from some of the chamber's most conservative members. Some lawmakers argue the bill -- considered a first step toward a more comprehensive immigration package -- fails to adequately address the issue of illegal immigrants inside U.S. borders.

The opposition has frustrated GOP leaders as they try to formulate their own strategy on immigration. "For God's sakes, if we can't unite around border security what can we unite around?" asked Texas GOP Rep. Michael McCaul, author of the legislation and chairman of the homeland security committee.

Republicans have controlled the House since 2011 and in November increased their majority by 13 seats. However, party leaders have struggled to corral members in the opening weeks of the 114th Congress -- scrapping a vote just last week on an anti-abortion bill after female members objected to its narrowly tailored exception clause.

The vote on the border security bill likely will not take place until at least next week, considering McCaul is scheduled to lead a large group of fellow House Republicans on a tour this weekend of the U.S.-Mexico border.

Amid conservative complaints about the bill itself, some lawmakers argued that House Speaker John Boehner and his leadership team were trying to rally support for the bill instead of making a strong stand against recent executive actions by President Obama that suspended deportation for millions of illegal immigrants. (The House has passed a bill unraveling those actions, but its fate is unclear in the Senate.)

House Democrats, whose votes would be needed to cover for defecting conservative GOP members, also dislike the legislation.

They say the bill is filled with unrealistic mandates that would make it harder for border agents to do their jobs, while proposing to spend $10 billion on an array of drones, surveillance systems, radar, fencing and other technologies that might do little real good.

McCaul's earlier border bill won unanimous Democratic support by leaving it up to the administration to come up with a strategy to secure the border. This time, he abandoned Democrats to write a bill designed to be tougher and win more GOP support.

If the new bill indeed passes in the House, a similar one has a solid possibility of passing in the now GOP-controlled Senate. However, the Obama administration has already expressed dissatisfactions with the bill similar to those voiced by House Democrats.

"The bill sets mandatory and highly prescriptive standards that the Border Patrol itself regards as impossible to achieve, undermines the Department of Homeland Security's capacity to adapt to emerging threats and politicizes tactical decisions,” said Homeland Security Secretary Jeh Johnson.

The companion Senate bill is backed by GOP Sens. Republicans Ron Johnson, of Wisconsin, Jeff Flake, of Arizona, and John Cornyn, of Texas.

Sen. John McCain, R-Ariz., said last week that he was adding his name as a co-sponsor. McCain, who led efforts on a comprehensive, bipartisan immigration bill that passed the Senate in 2013, said border security must come first.